Safe Ground for the Redbreasts 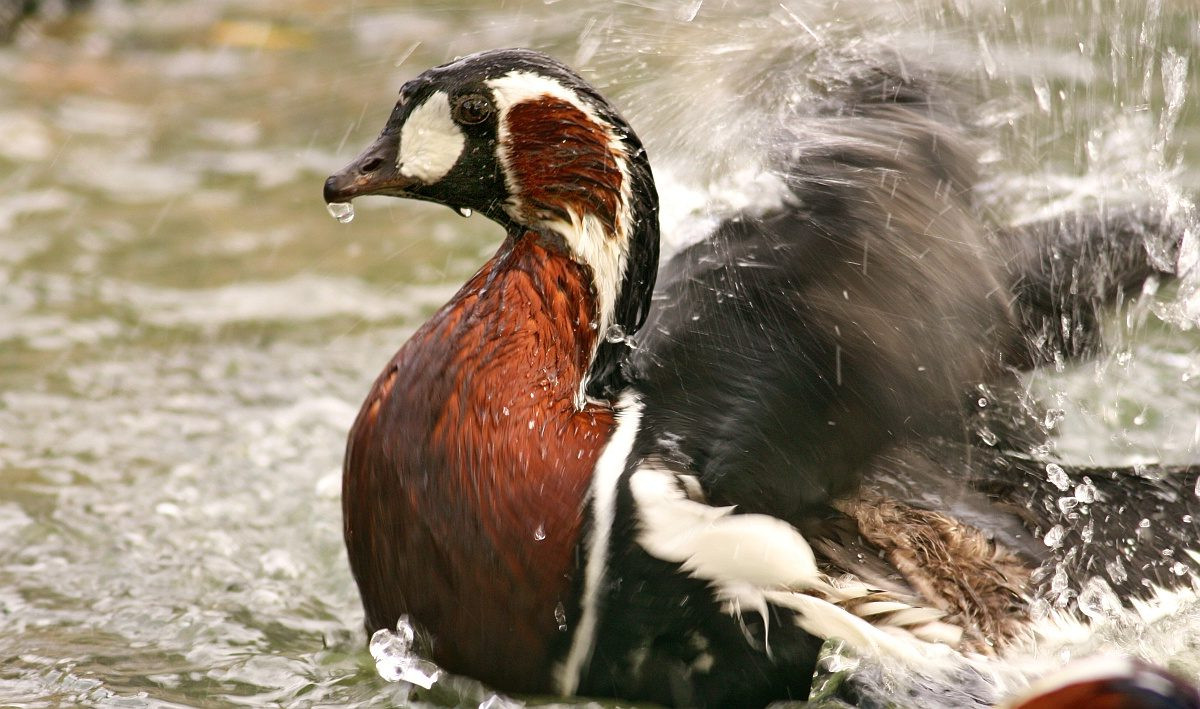 The target species is the Red-breasted Goose (Branta ruficollis), one of the most threatened goose species in the World. It is listed on Annex I of the EU Birds Directive and on the Ornis Committee list of birds that are priority for LIFE Nature funding. The species is also listed as Vulnerable on the IUCN Red List, is on Appendix II of the Convention on International Trade in Endangered Species (CITES) and Appendix I and II of the Convention on Migratory Species (CMS).

It breeds in Arctic Russia and migrates in winter around the northern and western coasts of the Black Sea. Gaps in knowledge include the extent of the breeding range, the sites used during migration and the distribution during winter when it is thought that significant numbers may occur away from the Black Sea coast.

END_OF_DOCUMENT_TOKEN_TO_BE_REPLACED

Though the exact reason for the dramatic decline at the beginning of the 21st century is largely unknown, several key threats are identified for Red-breasted Geese. Changes in agriculture and abandonment of grazing reduce food availability at staging and wintering grounds. Wind farm development result in the loss of feeding areas, and has the potential for significant mortality through collisions with turbines, while increased human development in the same areas is likely to result in loss of habitat and greater disturbance. Recent analysis has identified illegal hunting and poaching to be a major factor for the stability of the population with presumed mortality of up to and over 40% during spring and autumn hunting in Russia and Kazakhstan. Though legally protected throughout their range, geese are shot accidentally or deliberately in all range states.

The expansion of oil and gas operations in the breeding area may cause disturbance to breeding birds. In the past rodenticides have caused significant mortality of birds in the wintering grounds.  Climate change is predicted to have a number of direct effects and also to exacerbate other threats.

Only 1100 Red-breasted Geese were counted in Romania