For the ornithologists from the Romanian Ornithological Society (SOR), the winter months also mean the implementation of the traditional monitoring scheme dedicated to Red-breasted Geese (Branta ruficollis). In January, the teams of ornithologists who were on the field for the census faced cold, rain and wind, but returned with good news!

For the second year in a row, we are recording a new record for Red-breasted Geese wintering in Romania: almost 24,000 individuals. The areas with the highest bird concentrations are Baragan, Coastal Dobrudja and the Danube Delta. 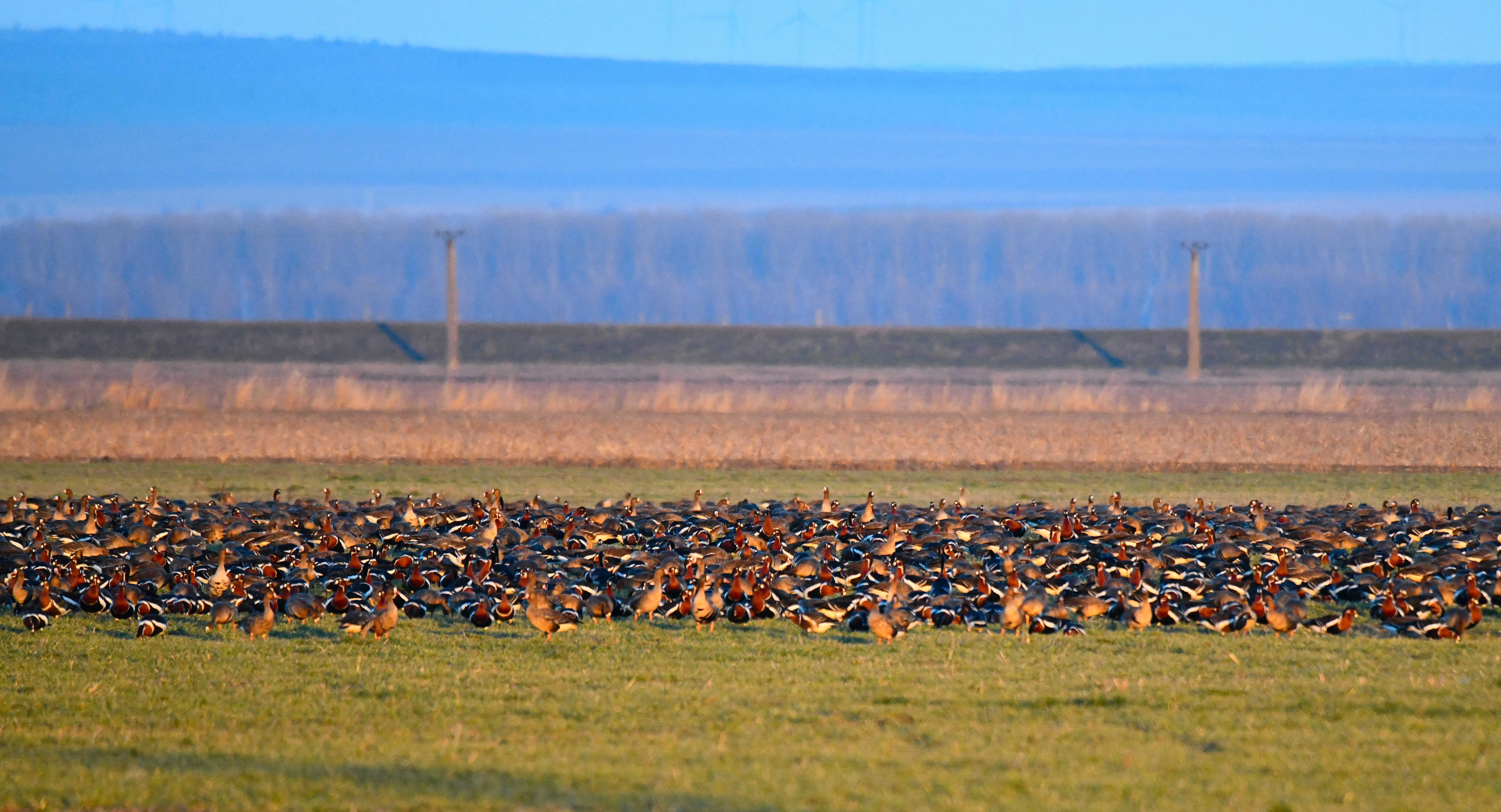 “Due to the cessation of hunting of migratory bird species in Romania for the second year in a row, the geese were really calm, which made it easier for us to count them in the southeastern part of the country,” said Emil Todorov, “LIFE for Save Flight” project coordinator in Romania. An interesting new appearance of the Black Goose (Branta bernicla) has been registered in the southeastern part of the country. 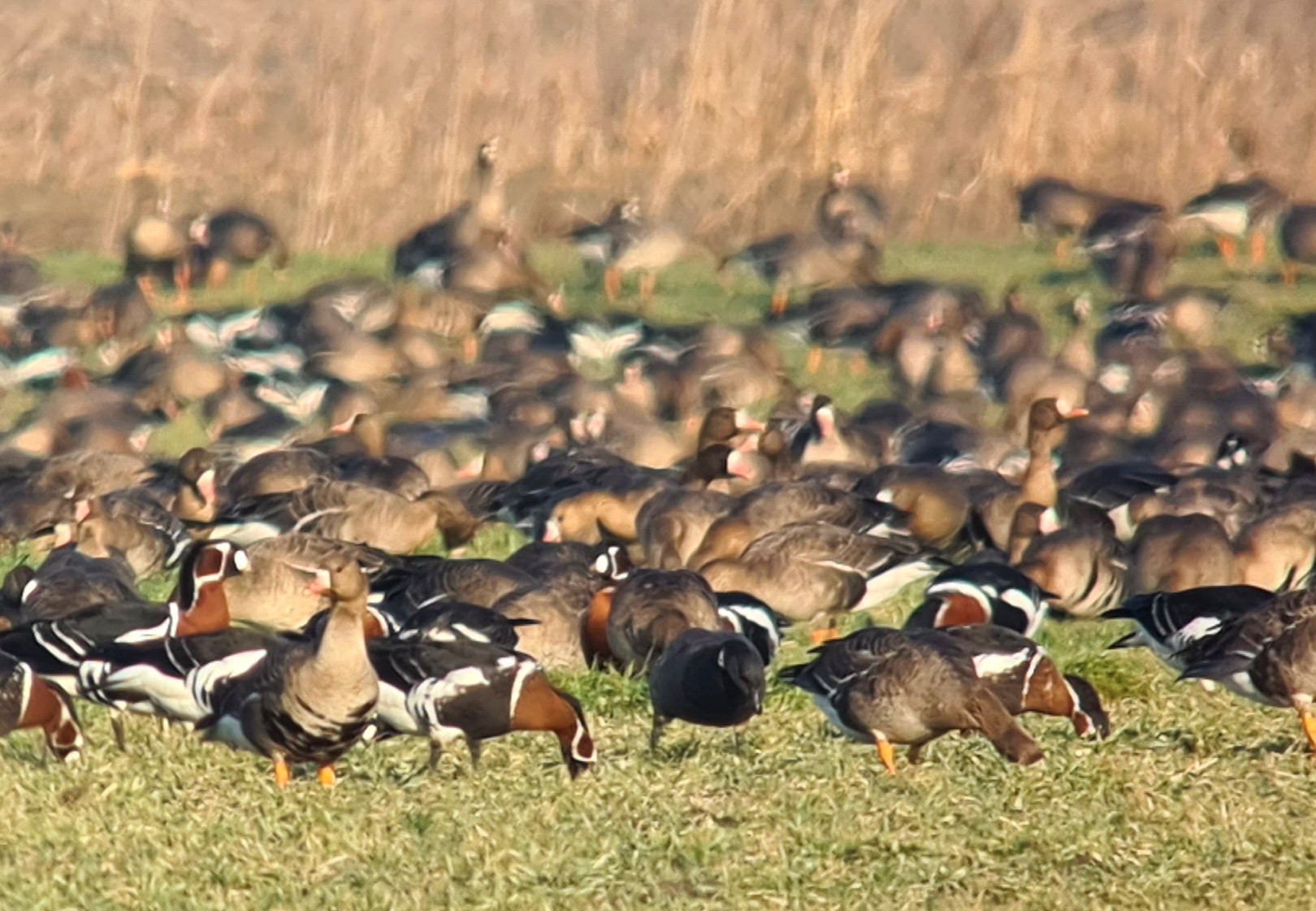 The monitoring scheme is part of “LIFE for Save Flight” Project, which involves organizations from all countries along the Red-breasted Goose flyway – Russia, Kazakhstan, Ukraine, Romania and Bulgaria.