Report on our Project field activities in Ukraine

The hunting season in Ukraine ends, finally!  “Although some are hunters on documents, but in fact poachers, immediately go to a different category – the category of “elite” who have been granted permission to “hunt on predators” and continue to poach. We shall stay vigilant for violations by these people and we will promptly and mercilessly take actions against them!” says Dr. Ivan Russev Scientific Director of Tuzlovski Lymans and coordinator of the Project LIFE for Safe Flight for Ukraine.

“In the last hunting season, we had many interaction with hunters and poachers, with surprises and not so much. Meanwhile, among the hunters there were those who, despite the excitement to kill game, still have knowledge about who they are going to shoot at and know the area where they are, aware of the boundaries of their hunting grounds. In any case, many have already learned the boundaries of the “Tuzlovsky Limans” Nature Park. With such hunters, whom we met during the surveys of the Red-breasted Goose in the framework of the LIFE project “LIFE for Safe Flight” and share information about birds, the need for their protection, the employees of the National Park naturally communicate friendly. Together with them, we are looking for ways to minimize the negative impact of hunting not only on rare birds, like the Red-breasted Goose, but also the need to preserve and enrich the fauna of the Black Sea, and preserve the last corners of nature for future generations. Among them, with whom one can properly discuss the problems of preserving fauna and these guys from Tatarbunar district and from Odessa, whom we met on the fields bordering with the NPP “Tuzlovsky Limans” during the field patrols.” 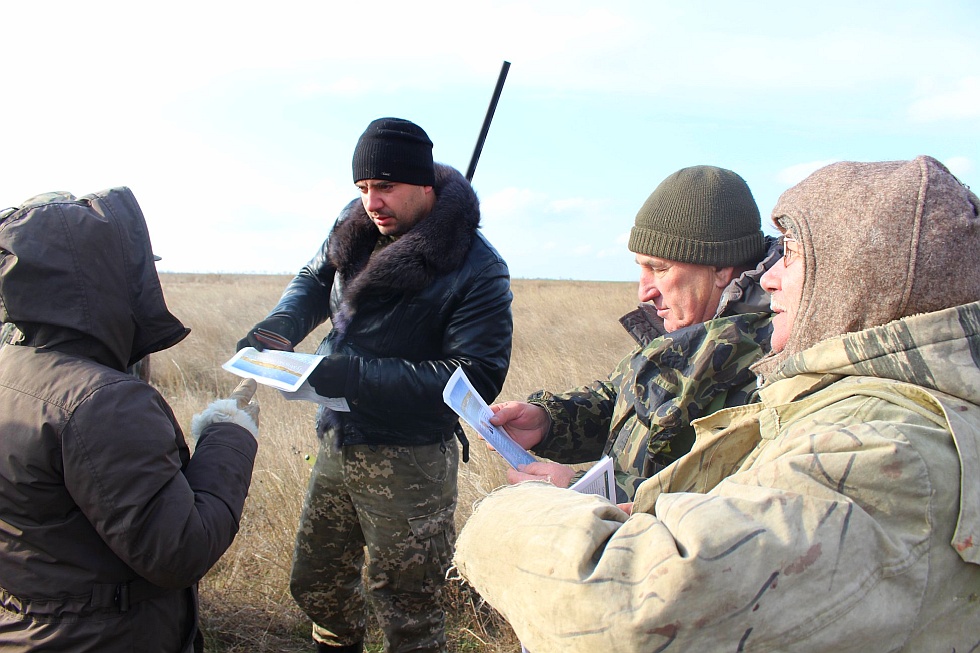 Ivan continues: “Despite the fact that I am a categorical opponent of hunting, it should be noted that a hunter is a hunter and not every hunter is a poacher. But I hope that our National Park, with every hunting season, will have more and more supporters for the preservation and of wildlife than for those who want to kill and do not think about “tomorrow”. The hunt is over, but there are still some ill-wishers for the Red-breasted Geese – farmers who put on their fields a scarecrow to scare away geese, and sometimes they take a gun to scare the birds off their cropfields. With them we still have to work consistently and educate about the need to protect and goats and geese, who come to us for the winter. Thanks to all who are thinking and cooperating with us on the way to preserve the wild fauna and remnants of the wild nature of the Black Sea region.“