Redbreasts are on the final leg before the Arctic

The Red-breasted Geese tagged under our project have already reached Northern Kazakhstan and remain a few weeks before tackling the last stretch before the Arctic. So far, six geese continue to transmit. Two of them are Tanyu and Peter – the only two surviving geese tagged last year in Kazakhstan, as well as Pantaley, Krum and Bob tagged in Bulgaria this year and the female goose – Victoria, tagged by Romania’s counterparts in March. We are glad that two of the birds may be able to reach the nesting grounds for second time. One of them – Tanyu even visited the wetlands in Northern Kazakhstan, in which he was captured and tagged in May 2019. Pantalei, who was tagged in February in the Durankulak area and in mid-April visited the project partners in the Taldykol-Kulykol area is now also in the area of the lakes around the village of Chirikovka, where last year’s expedition to Kazakhstan took place. 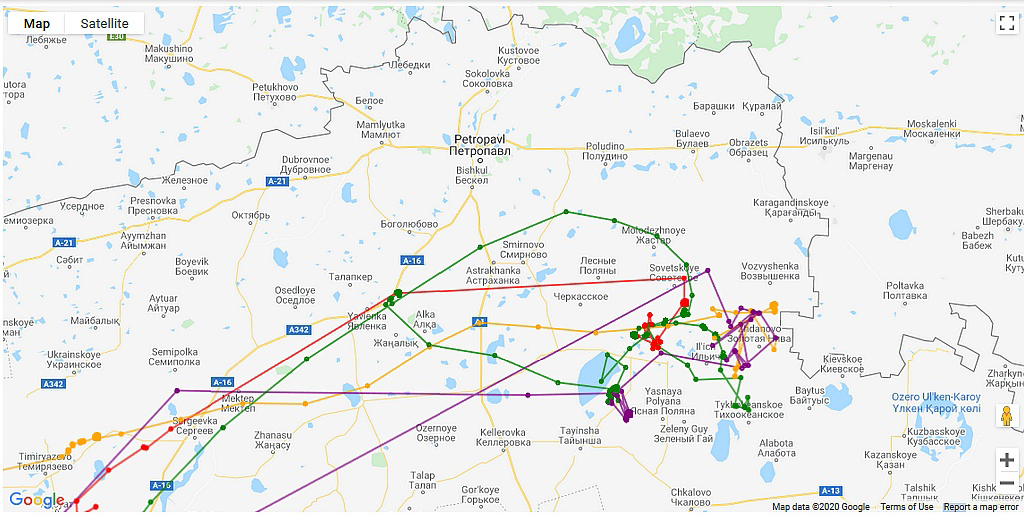 Unfortunately, the COVID-19 pandemic around the world and the restrictions, prevented the project team from conducting a new expedition to Kazakhstan and tagging more geese, but on the other hand, it helped for the smooth passage of most birds so far. The quarantine measures and restrictions led to a ban on hunting from April to early May throughout Russia, and restrictions on movements in Kazakhstan limited the possibility of poaching and anxiety. This allowed birds to successfully cross through otherwise risky hunting areas. 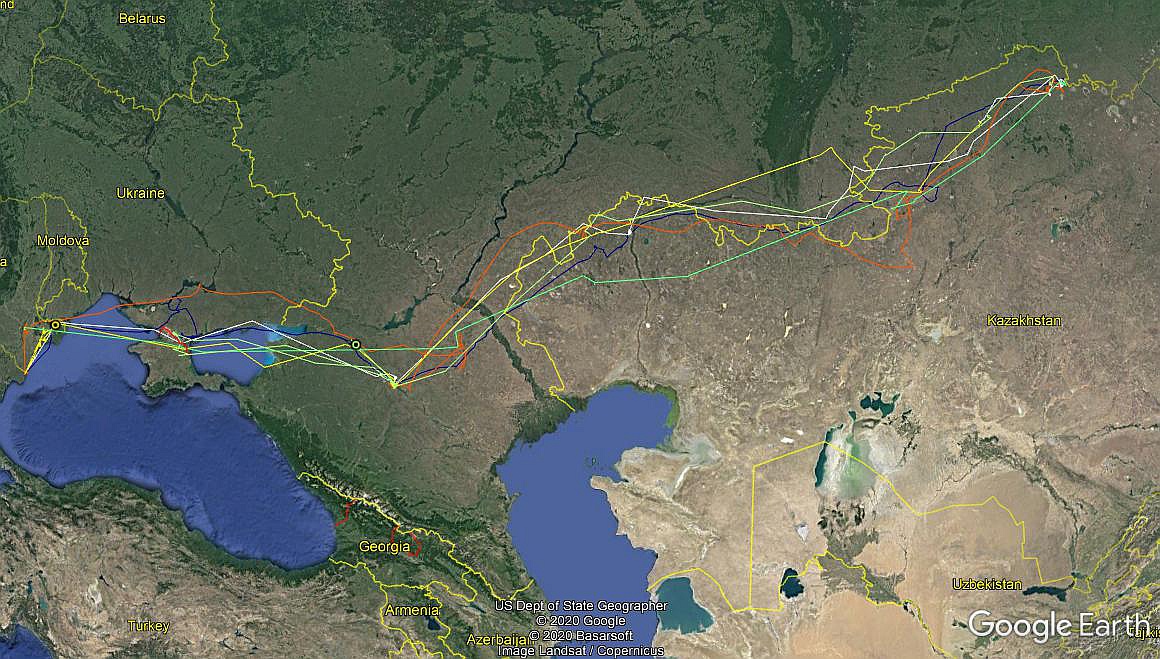 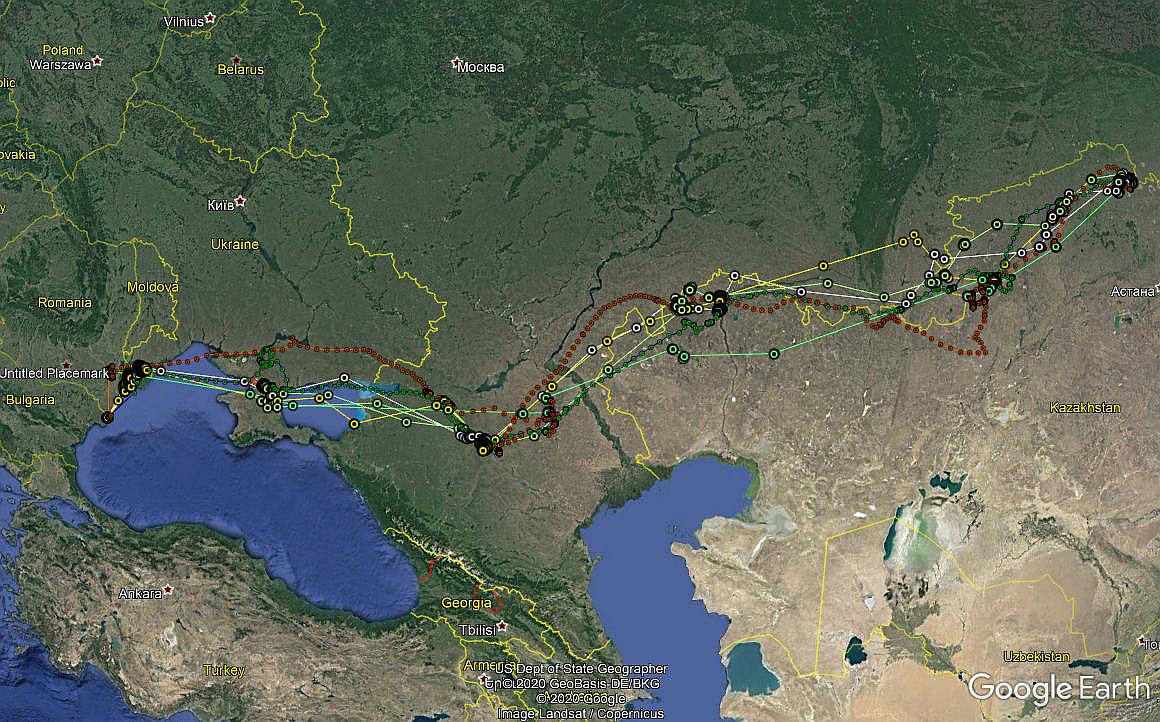 Hopefully all six birds will successfully complete their flight to the Arctic tundra in May and we look forward to returning south after the breeding season is over. Soon, two of the geese that are tagged with GSM-based transmitters will disappear from our radar due to the lack of a mobile network in the north, but 4 of the birds will continue to be monitored during the breeding season. 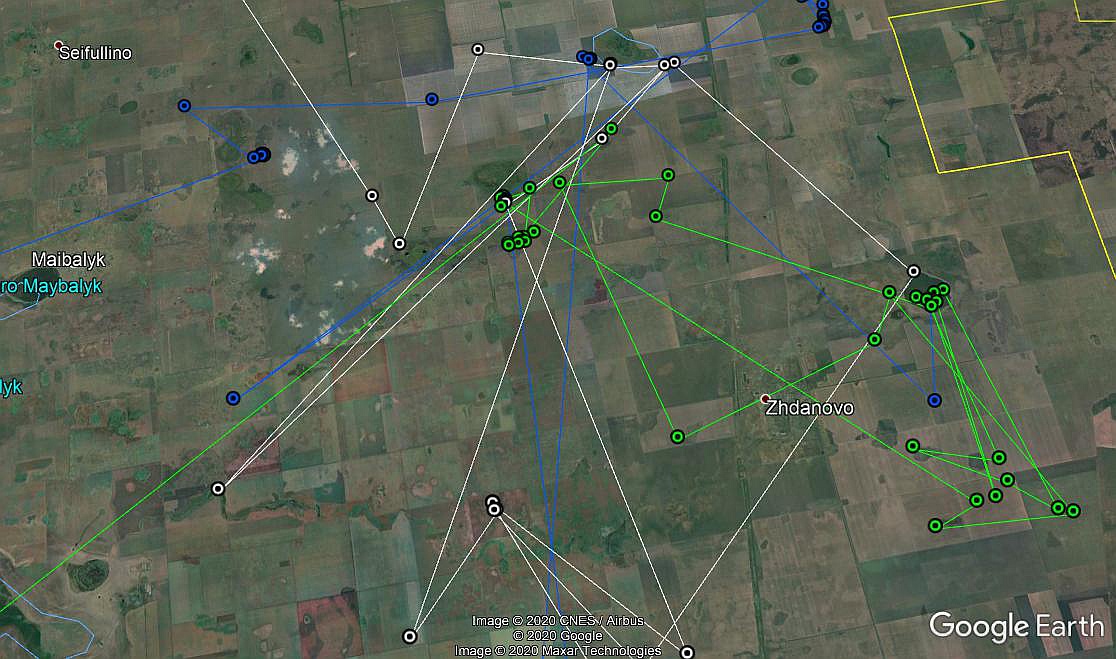 Would be interesting to see where the newly tagged birds will go in the summer – Victoria and Krum and if Peter and Tanyu would to the same areas where they were breeding last year – we just have to wait and see.