At the end of May, we informed you that Victoria, the Red-breasted Goose, equipped with a satellite transmitter within the “LIFE for a Save Flight” project, had successfully reached nesting sites in the Arctic Peninsula of Taimyr. On June 1, 2020, Victoria reached her nesting area, where she spent the entire summer. We supposed that Victoria has successfully nested on the shore of a small stream as a result of the data obtained indicating movements in a radius of a maximum of 2-3 kilometers. Now, with the start of the autumn migration, Victoria is on the road again. Over the next two months, Victoria will travel more than 6,000 kilometers through Russia, Kazakhstan and Ukraine before reaching her winter quarters in southeastern Romania. 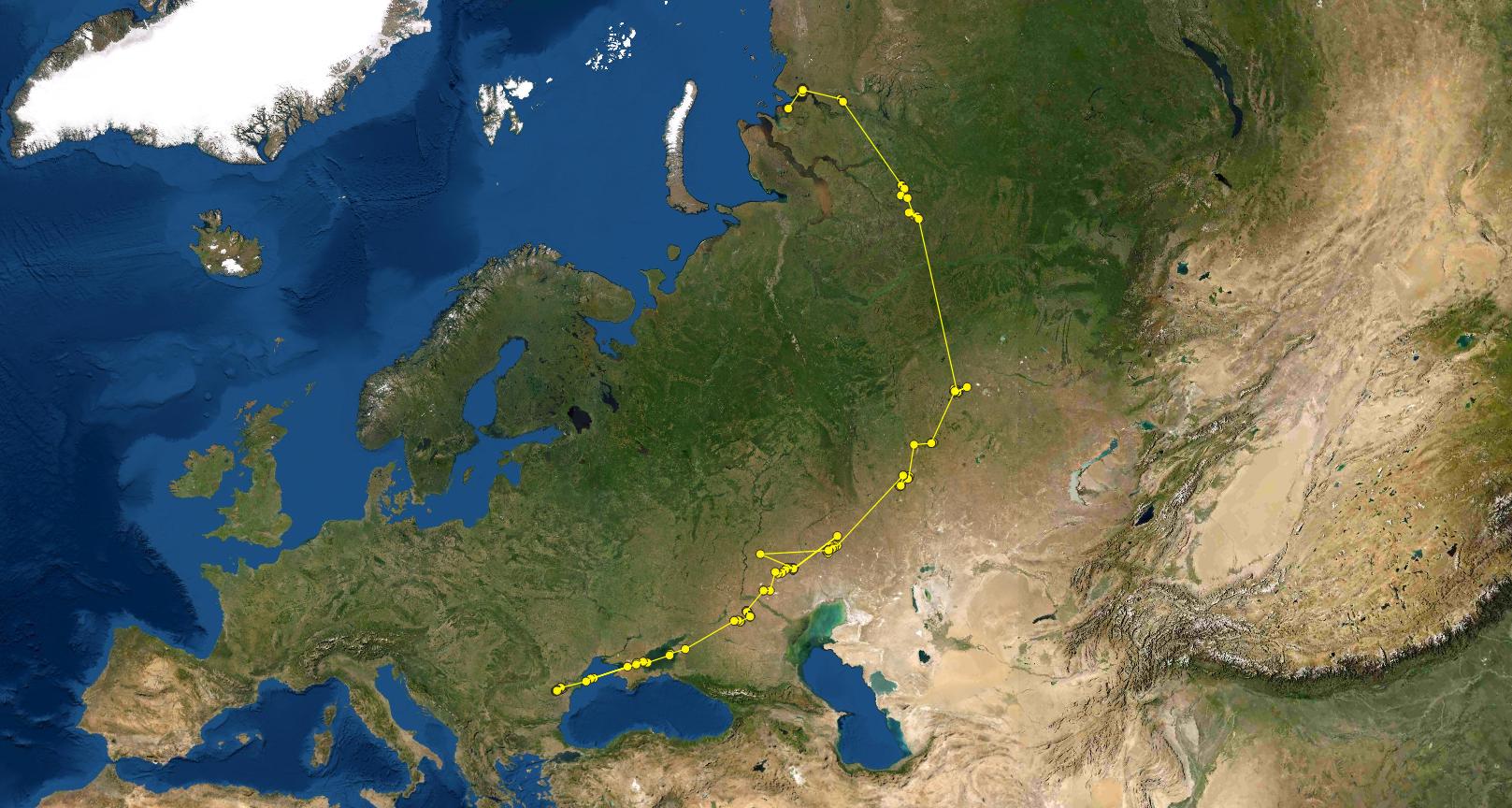 So far, Victoria has provided more than 1,600 geographical coordinates, which is a set of very valuable data and helps the ornithologists involved in the project learn more about nesting grounds, rest areas during migration and the best places to winter. All this data is needed to take the best conservation measures for one of the most endangered species of geese in the world. There are currently only 50,000 Red-breasted Geese in the world. Year after year, this species that breeds only in Siberia comes to winter in Ukraine, Romania and Bulgaria.

We remind you that Victoria was found by our colleagues Emil Todorov and Sebastian Bugariu injured this February. With the help of veterinarians from the Dream of Luanei Foundation, Victoria recovered and received a transmitter donated by the Grigore Antipa National Museum of Natural History in Bucharest.