Only 1100 Red-breasted Geese were counted in Romania

During this season’s first monitoring, SOR specialists, together with volunteers, counted 1,107 Red-breasted Geese. This is the lowest number in the last 10 years for the month of November. A possible reason for the low numbers during this period could be the rather high temperatures, which slowed down the migration of the birds.

A simultaneous census was carried out in Baragan and Dobruja. The largest number of geese was reported in Braila District. The Greater white-fronted geese were also a small numberq even they are the most numerous species of geese wintering in Romania. Almost 300,000 of them were registered. Another widespread species of which small numbers were recorded in November was the Greylag goose (Anser anser); nearly 1,500 individuals were counted. In addition to the three species, 18 Lesser White-fronted Geese (Anser erythropus), a globally “vulnerable” species, and five Bean goose (Anser fabalis) were also found. Among the species of geese that are much less common in Romania, the Barnacle goose (Branta leucopsis) and Brant goose (Branta bernicla) were observed. 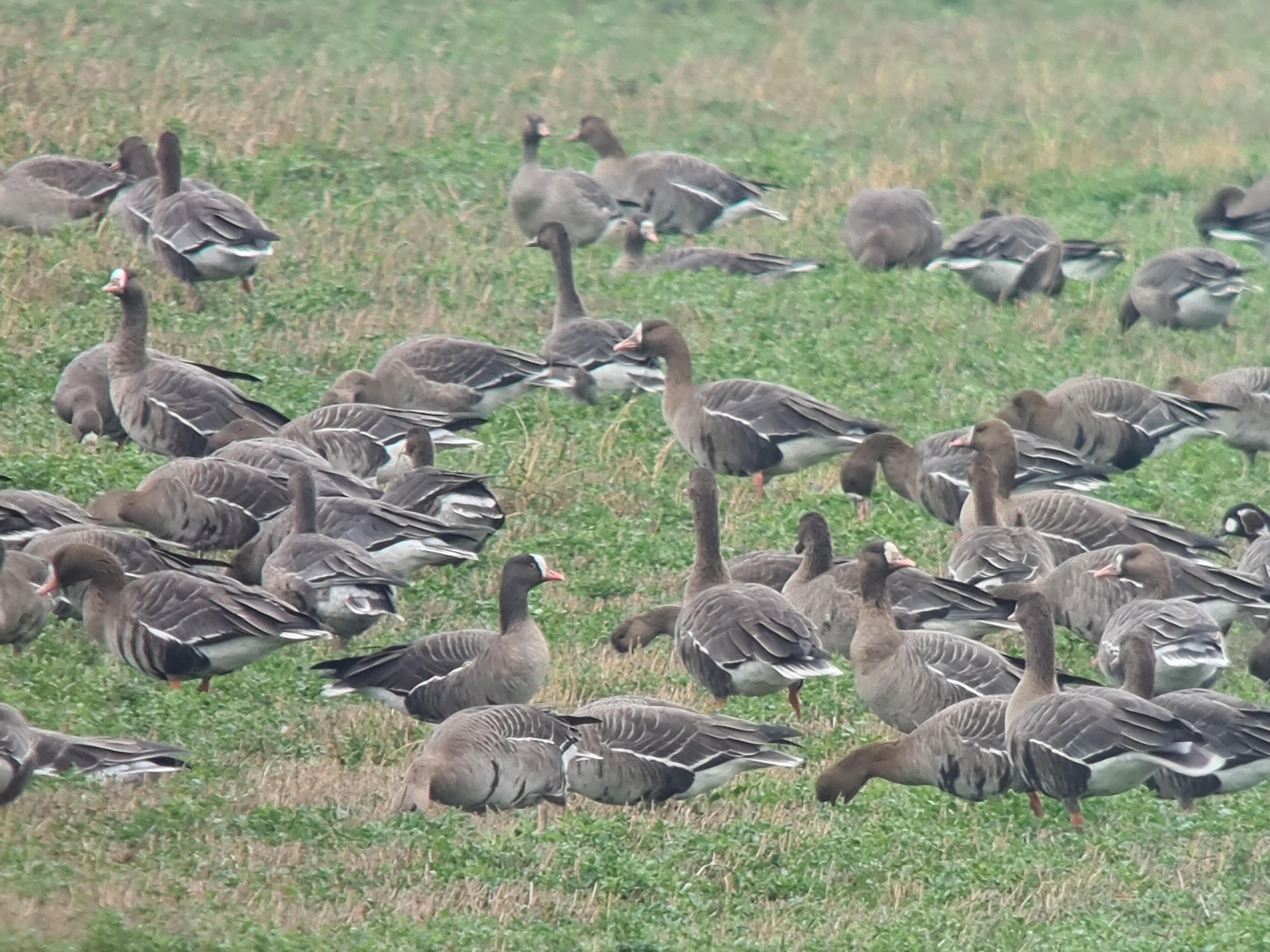 During the December count, the number of Red-breasted Geese increased significantly, reaching nearly 11,000 individuals, concentrated almost entirely in two areas – Braila and Tulcea regions, where flocks of 6,000 and 3,500 individuals respectively were counted. Despite the high temperatures for the season, these figures are already normal for mid-December for the territory of southeastern Romania. There is also a slight increase in the number of Greater White-fronted Geese – 320,000 specimens. Seven Small White-fronted Geese were also seen. In the south-eastern part of Romania, there are already 3 Red-breasted Geese equipped with satellite transmitters that will help us track the movements of the geese in their wintering grounds.