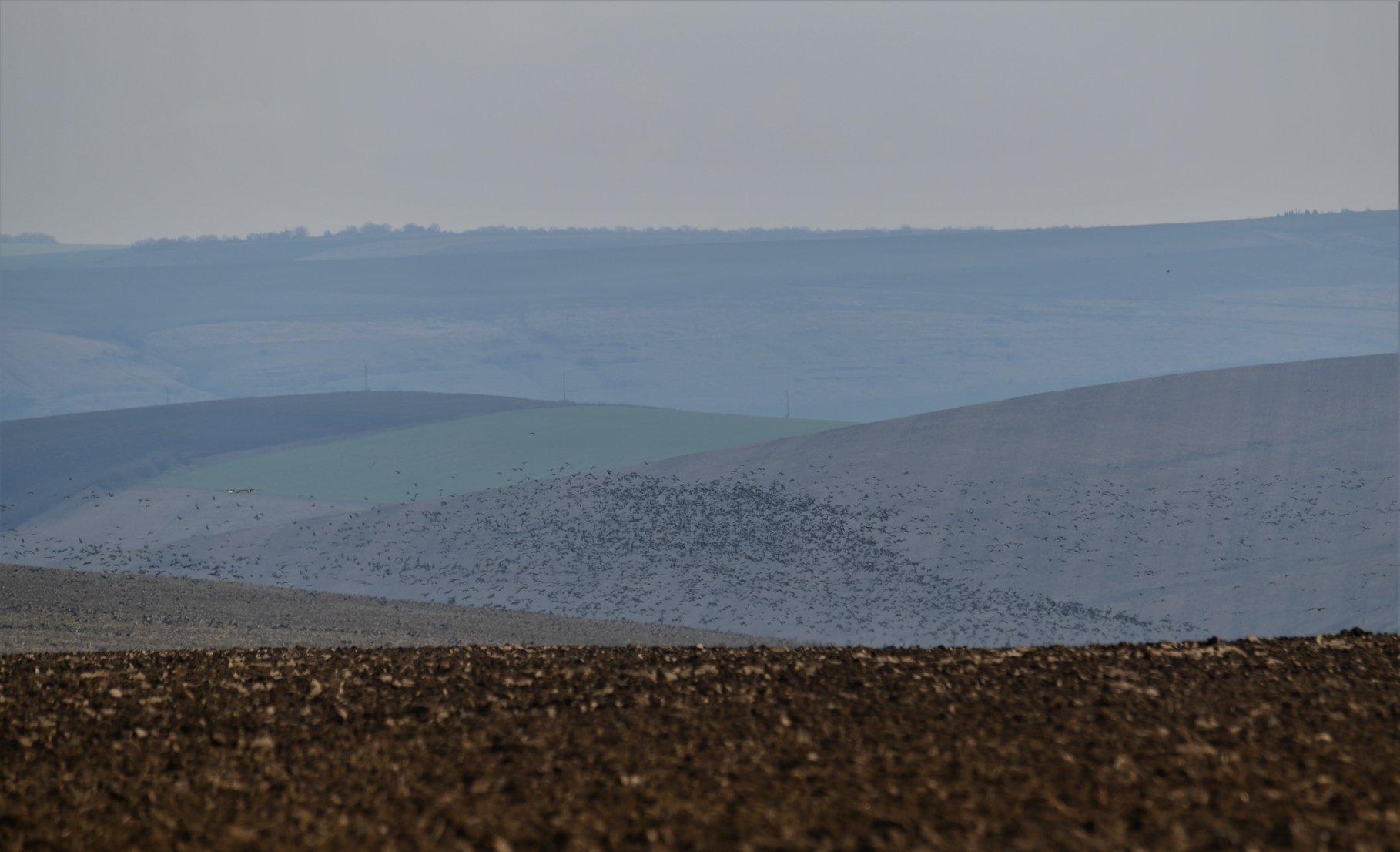 In the wetlands along the Black Sea coast (both in the region of Shabla-Durankulak and in Burgas) the monitoring teams found almost no geese. This is mainly due to the soft weather, not only in Bulgaria, but also in Ukraine and Romania, where the birds are coming from. During the monitoring of the wintering geese 2 weeks earlier (14-15.12.2019), 14,000 Red-breasted geese were identified – 13000 in Romania, nearly 1000 in Ukraine and only 40 in Bulgaria.

Although there were not many geese in Dobrudzha, the teams were lucky to observe and photograph the extremely rare species of Great Bustard in Bulgaria. In the past years, the species has been registered in the area of ​​the Durankulak Lake Protected Area – most recently in 2015.