A record number of Red-breasted Geese in Romania in November

Monitoring of the wintering geese took place in Bulgaria, Romania and Ukraine at the end of November. Our colleagues visited more than 50 of the most important wetlands for wintering Red-breasted Geese and Greater White-fronted Geese on the western and northern shores of the Black Sea. 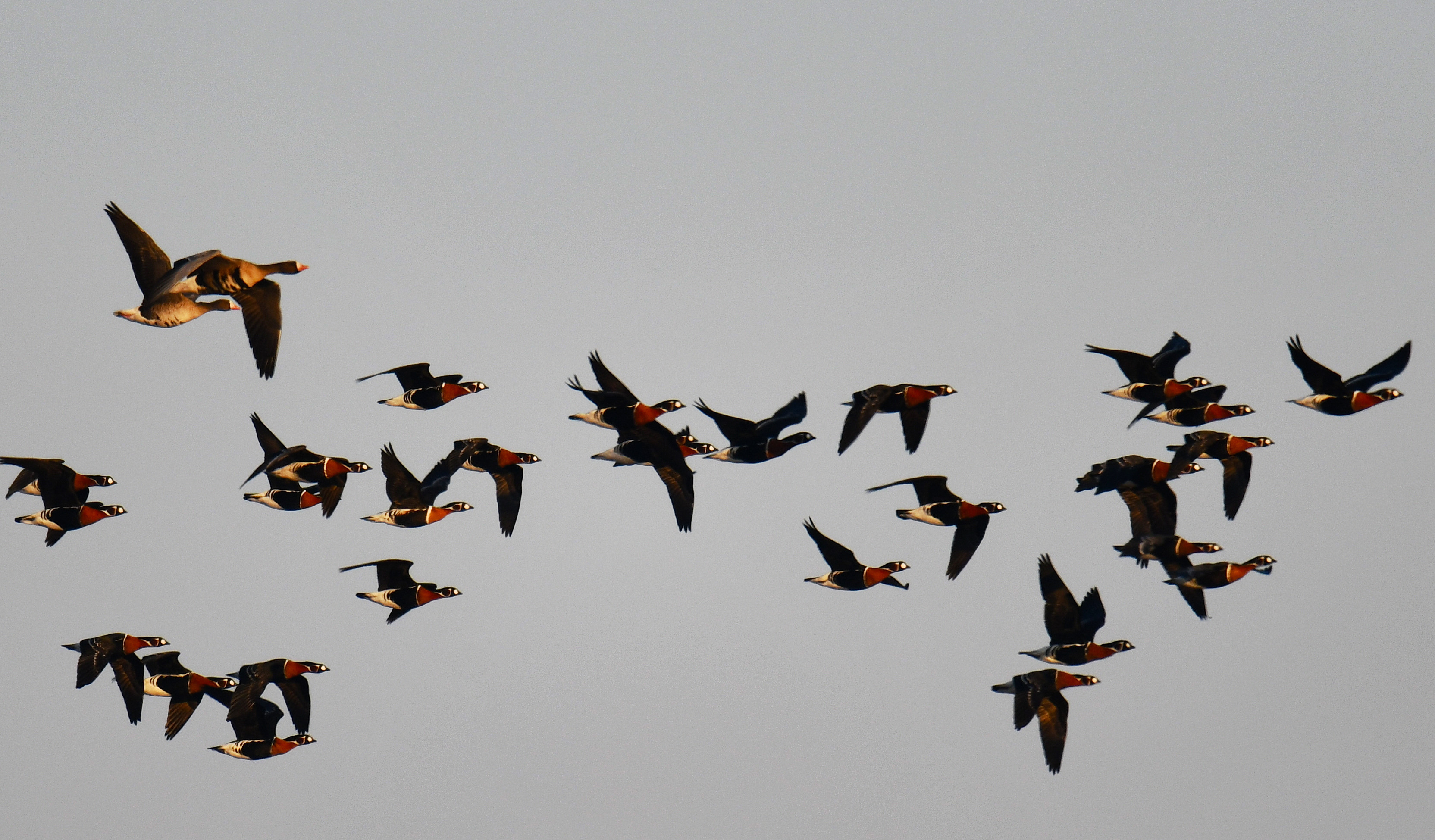 The results show that a significant part of the world’s Red-breasted Goose population has already reached the traditional wintering grounds in Romania and Ukraine. Moreover, our colleagues from SOR / BirdLife Romania registered more than 14,000 Red-breasted Geese in the southeastern part of the country, a record number for this month in the last 15 years since regular monitoring took place there. More than 50% of Red-breasted Geese in Romania have been observed in the Balta Alba-Amara-Jirlau protected area. Pantaley, one of the geese marked with a GPS transmitter, is currently also in the area. In addition, more than 320,000 Greater White-fronted Geese have been reported in Romania, as well as the rare Lesser White-fronted Geese and Bean Geese. 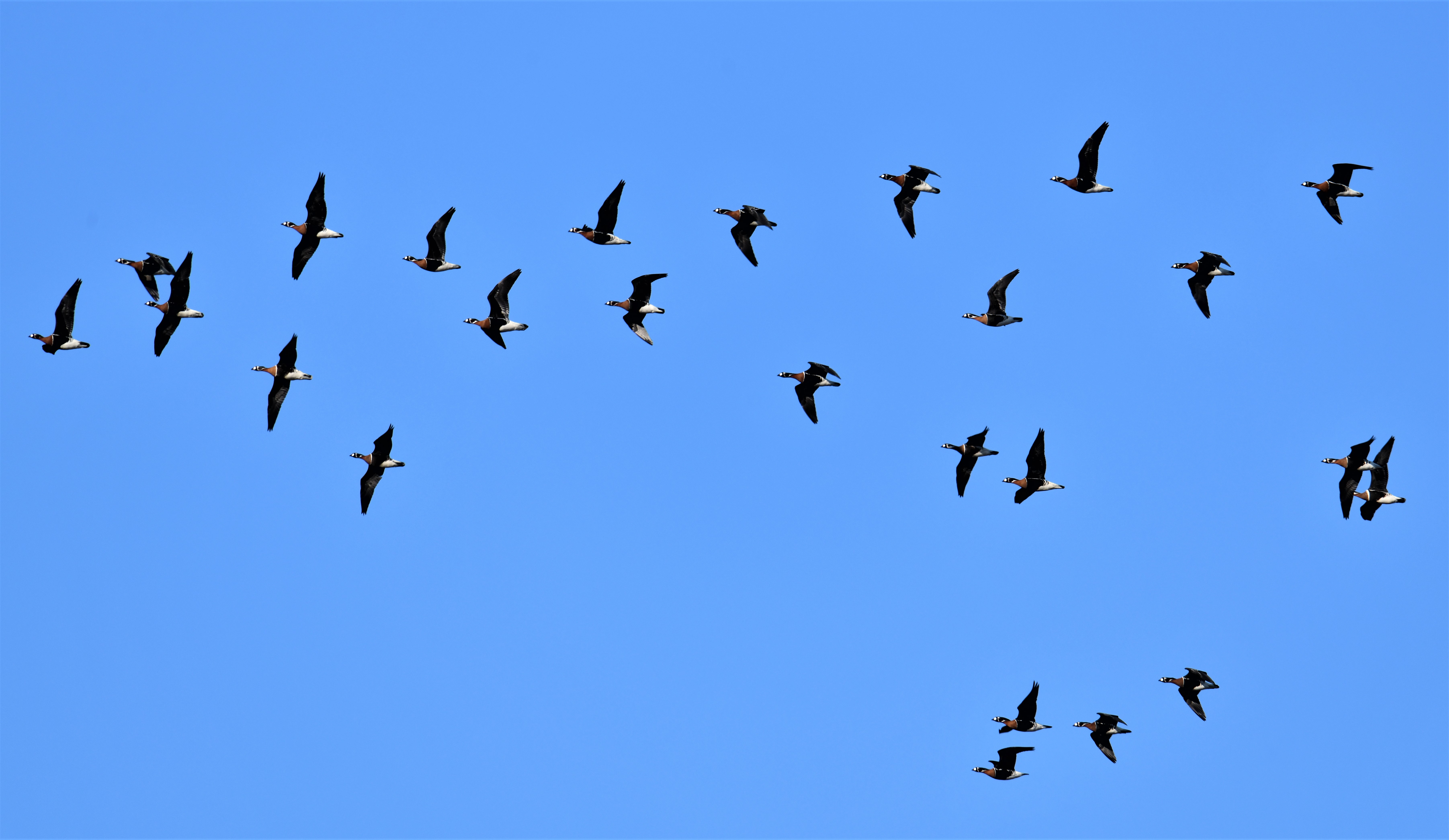 In Ukraine, the number was also significant – over 5,500 Red-breasted Geese, which is close to the maximum for the country in the last 3 years. Other very interesting observations for Ukraine are from the Askania-Nova reserve, where 7,100 Ruddy shelducks and over 3,000 Common cranes have been observed.

In Bulgaria, the number of Red-breasted Geese is still small – just over 200 individuals have been observed. 85,000 Greater White-fronted Geese have also been recorded in the country. All of them were concentrated along the Danube River – in the Svishtov-Belene lowland and the Srebarna reserve. Only several Red-breasted Geese have been found in Primorska Dobrudzha, and they have not yet appeared in Burgas. Despite the lack of geese, 80 Tundra swans and over 200 Whooper swans have been observed in the area of the Shabla lake complex – record numbers for the region. In Burgas, the top observations are of 1,400 White-headed duck, Pallas’s gulls and a Greater Spotted eagle. 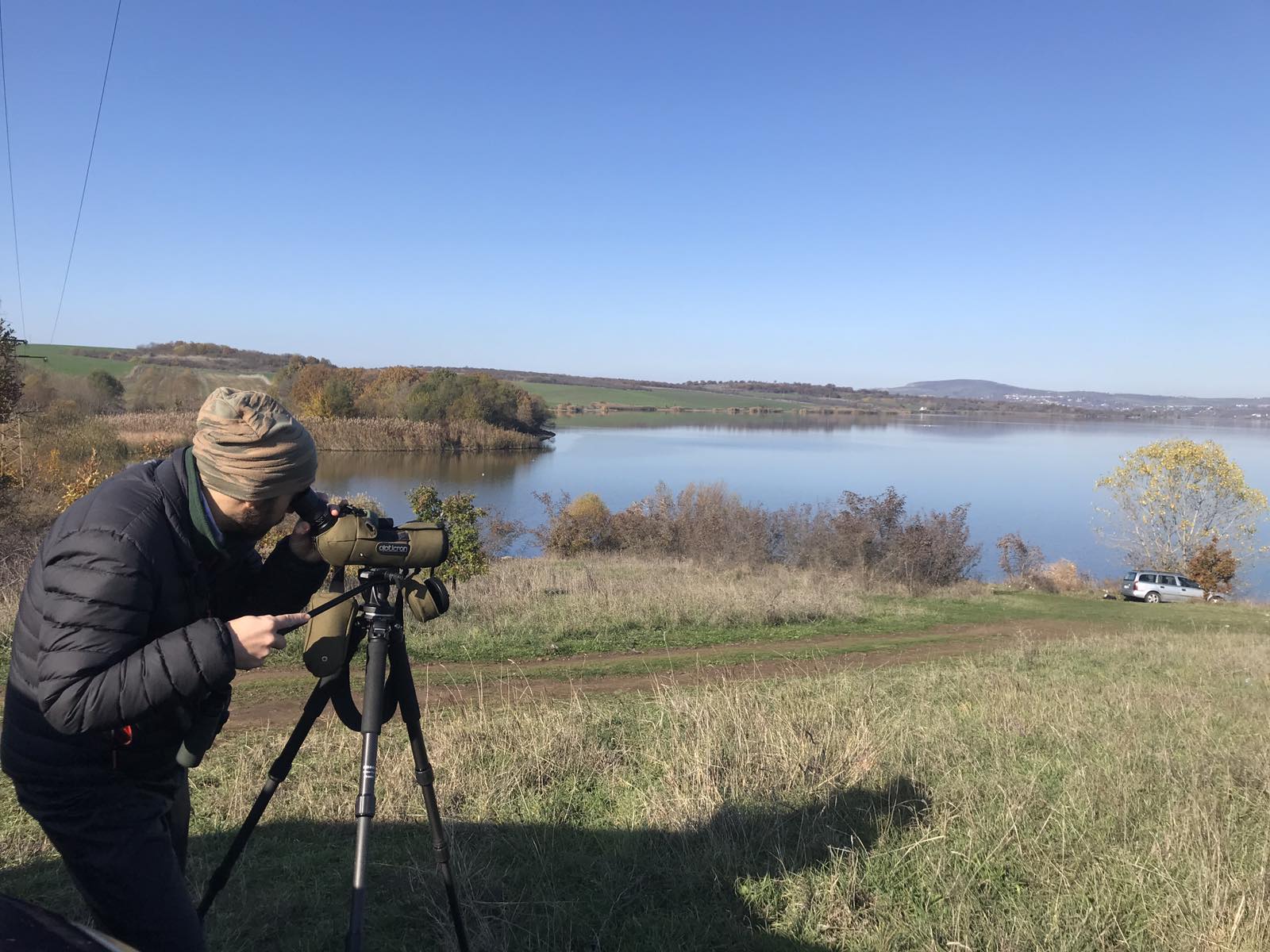 The monitoring will continue throughout the autumn-winter season as part of the LIFE for a Safe Flight project. The coordinator of the monitoring is Mihail Iliev from BSPB.