On February 2, on the World Wetlands Day, the National Nature Park “Tuzlivski Lymany” opened a traveling exhibition “The Flyway of the Red-breasted goose”, which was located in the lobby of the Ministry of Environmental Protection and Natural Resources of Ukraine. 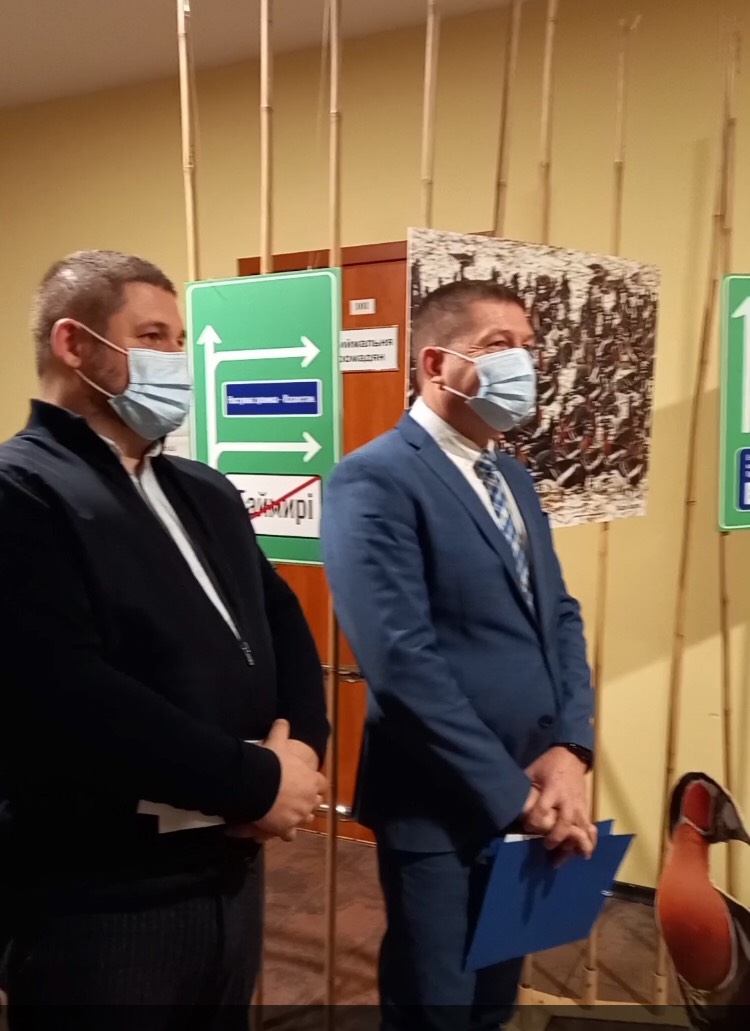 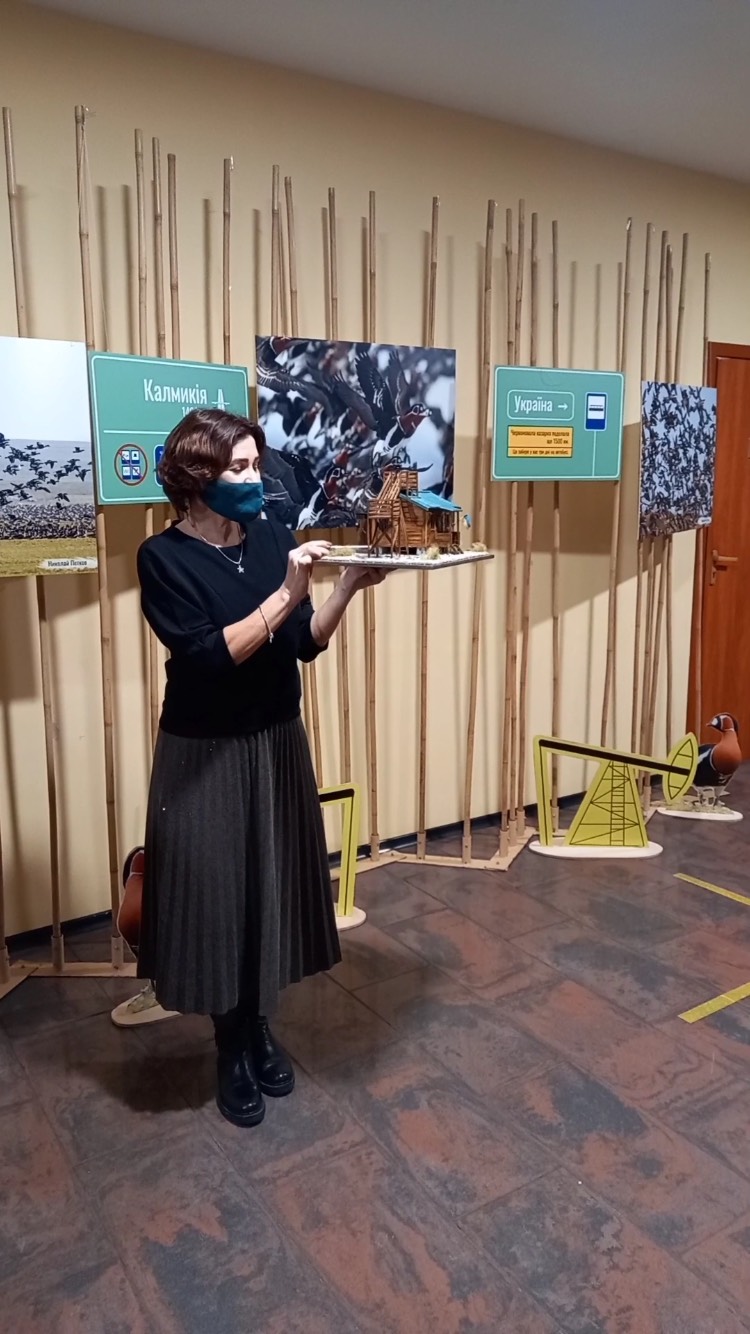 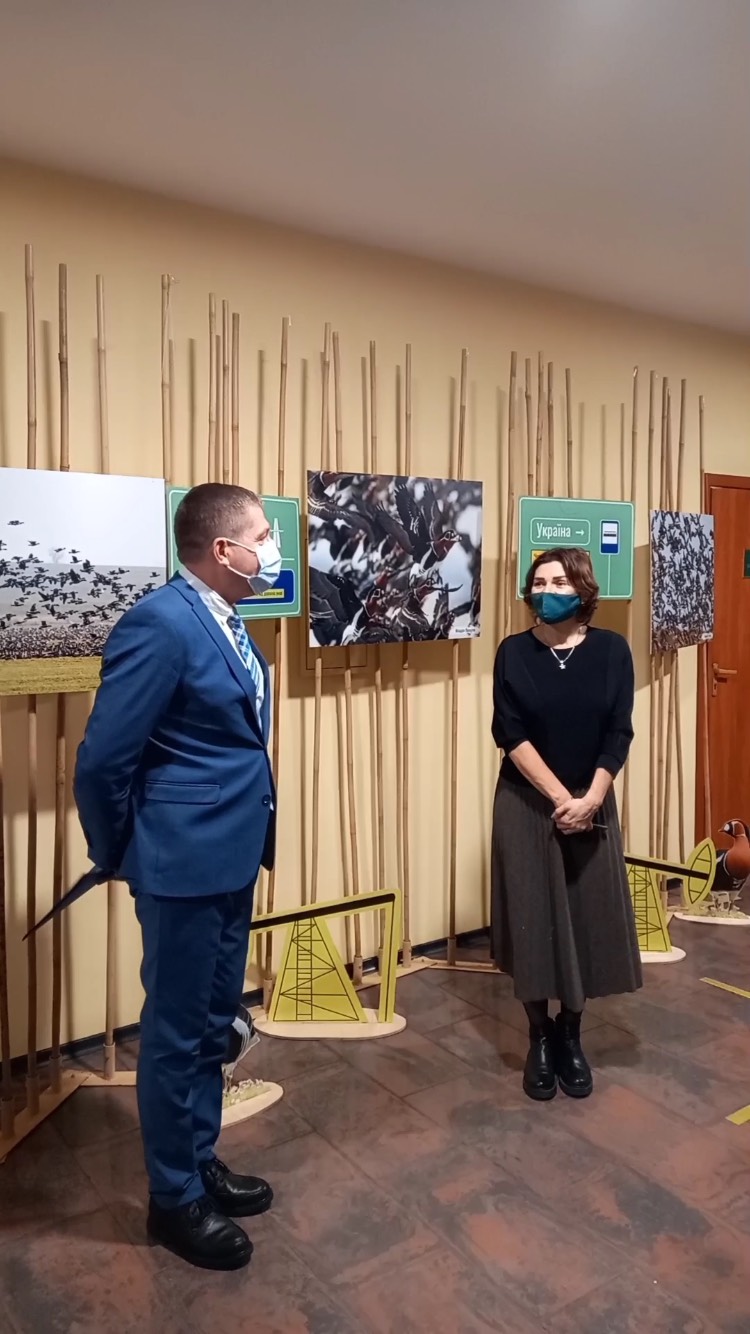 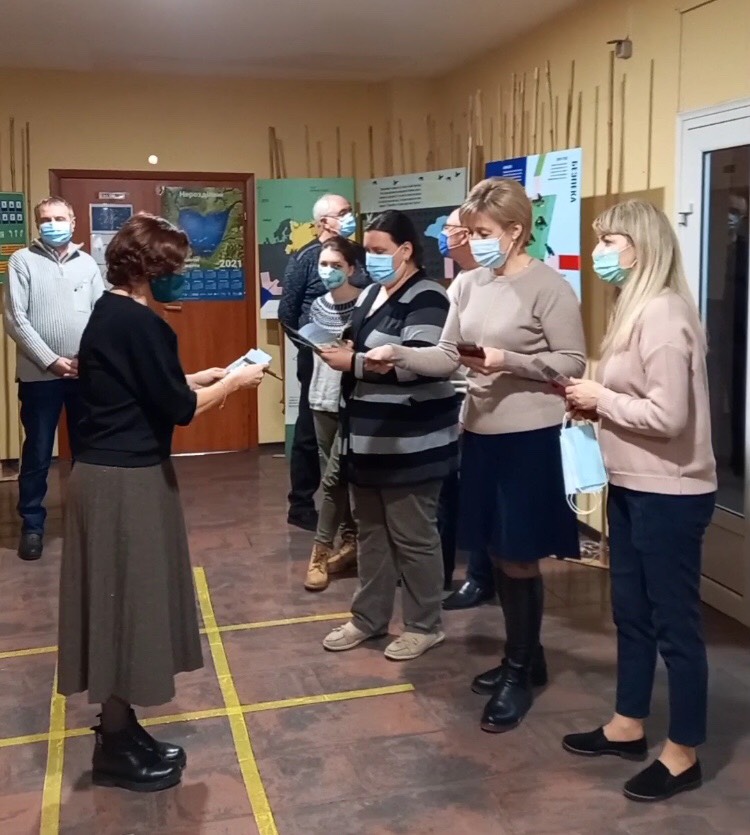 Iryna Burlachenko, Head of the Recreation and Ecological and Educational Department of the National Nature Park “Tuzlivski Lymany”, presented the exposition to the ministry’s staff, including Deputy Minister Oleksandr Krasnolutsky and Director of the Department of Protected Areas Eduard Arustamyan. The employee of the park told the audience about the international project “LIFE for Safe Flight”, which brought together five countries: Russia, where the bird nests, Kazakhstan, Ukraine, Romania and Bulgaria, where the goose migrates in the cold season. As a part of the project, the partners organizations monitor the flight of geese, conduct educational work among local people and hunters to prevent poaching, develop a strategy to create safe conditions for migration and wintering of this very vulnerable species.

The listeners were impressed by the fact that the goose overcomes about 12 thousand kilometers during the year – bright road signs, which were represented in the exhibition, describe the migration route of the bird in details. The visitors have learned that Red-breasted geese often die for a number of reasons: hunting, widespread use of chemicals in growing crops, power lines and wind farms, eating lead shot. 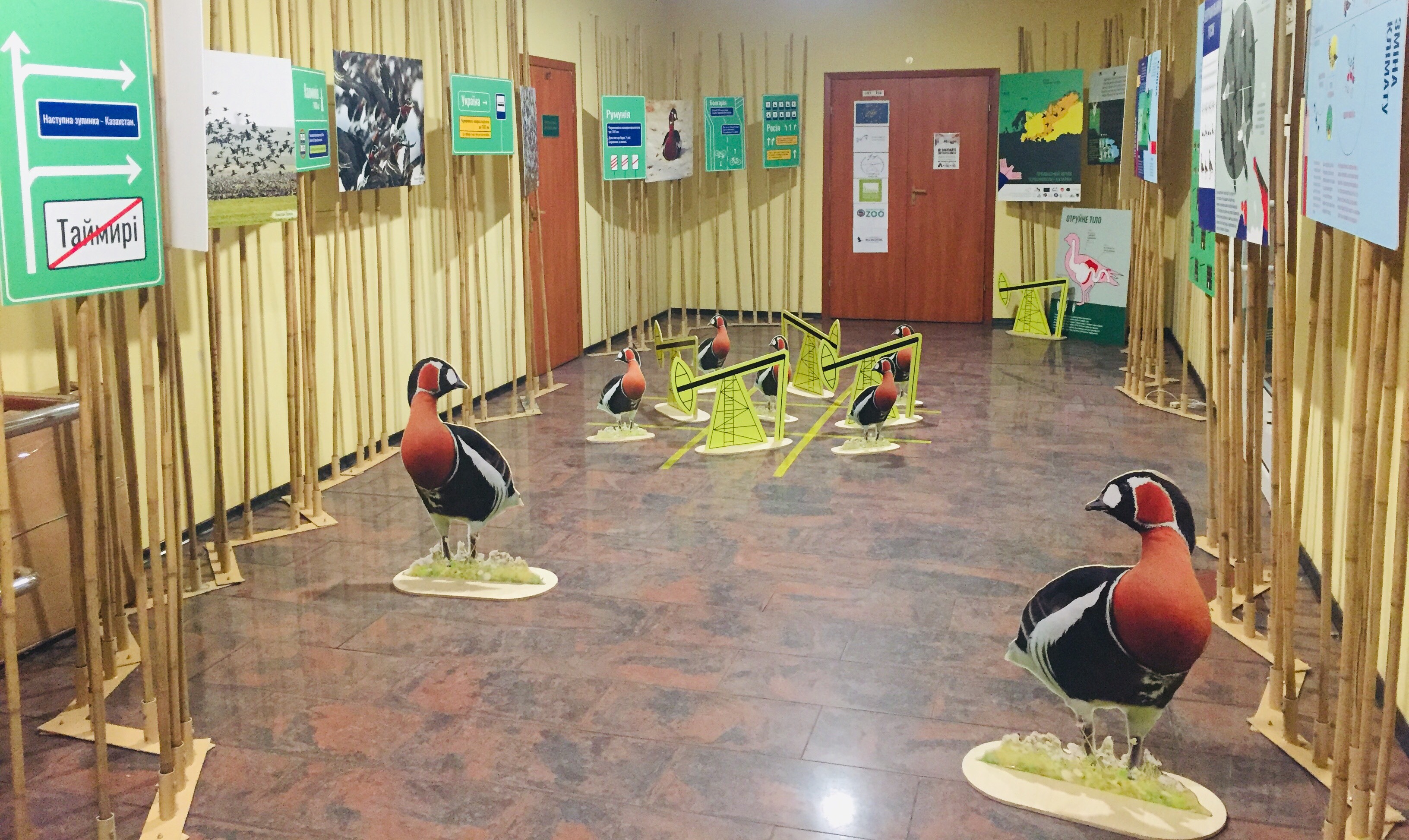 Iryna stressed that it is extremely important to preserve natural areas, in particular wetlands, where the goose feeds and rests during migration.

All visitors of the exhibition received booklets and bookmarks with important information about the goose and threats to the species.

Ministry officials thanked the organizers of the exhibition and hoped that by joining forces, humanity will be able to preserve this unique bird, which is included in a number of conservation lists.