In the month of October, the annual monitoring of migrating geese in Kazakhstan, conducted by the Association for the Conservation of Biodiversity of Kazakhstan (ACBK), took place. This monitoring makes it possible to obtain, on the one hand, timely and, on the other hand, long-term information over the years, to assess the number of geese in specific wetlands, as well as the state of individual wetlands, on which not only the migration of geese depends, but also many other water-loving species. Data on the number and species composition are usually also reported to the hunting inspectors of the water bodies part of different hunting estates. 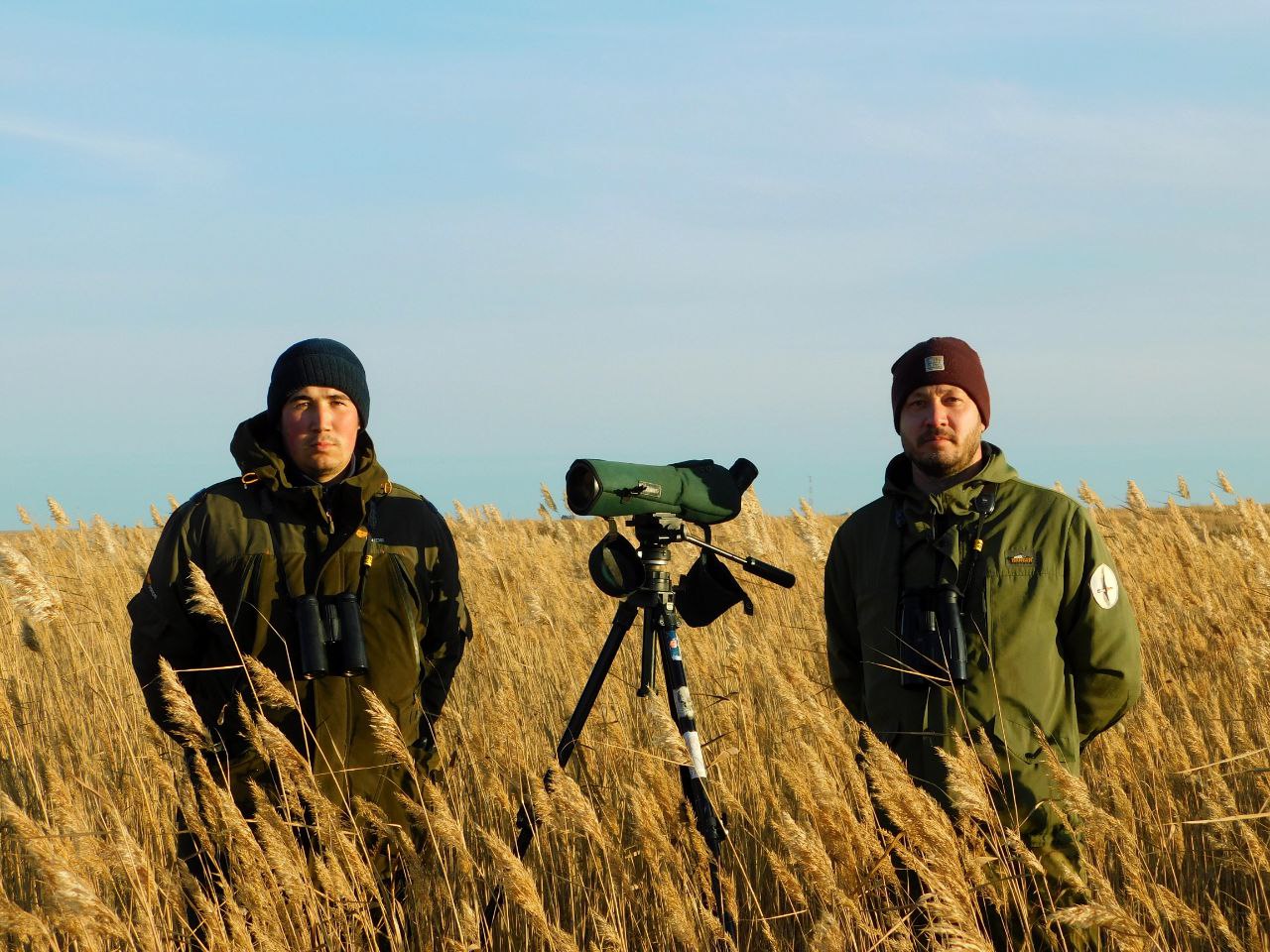 The ACBK expert Alexey Timoshenkov shares his impressions from the field:

“On October 7-10, about 45-47.5% of the total number of geese was Red-breasted and Lesser White-fronted Goose, concentrated in several key reservoirs in Kamistinsky District, Kostanay Region, which in turn increases the risk of deliberate or accidental shooting of the above species. It didn’t take long to wait for an accident. On October 8, in one of the hunting farms, environmental police officers of the Internal Affairs Department of the Kostanay region during the inspection of hunters found a shot red-breasted goose, the fine in this case is 200 MCI x 3 (coefficient), which at today’s rate is over 1.8 million tenge. I advise hunters to improve their knowledge in the field of hunting and rare species of animals and birds and to use the hunting ethics “when in doubt, don’t shoot!”. 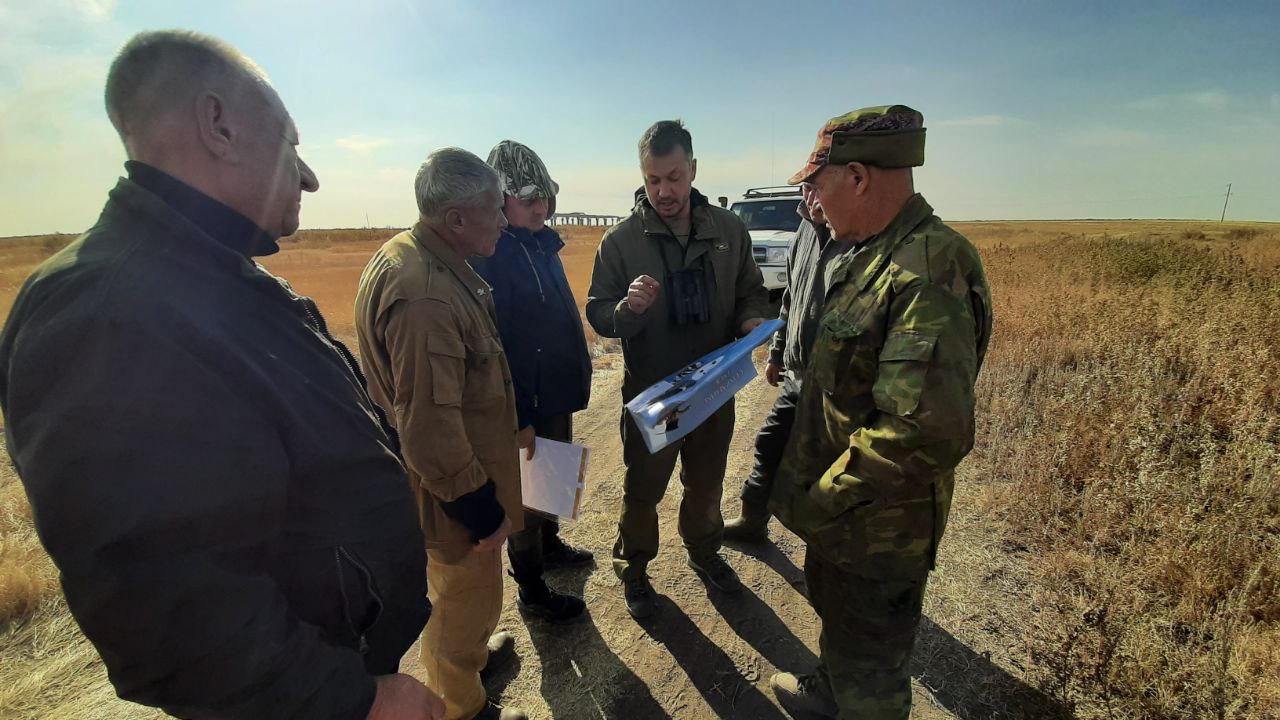 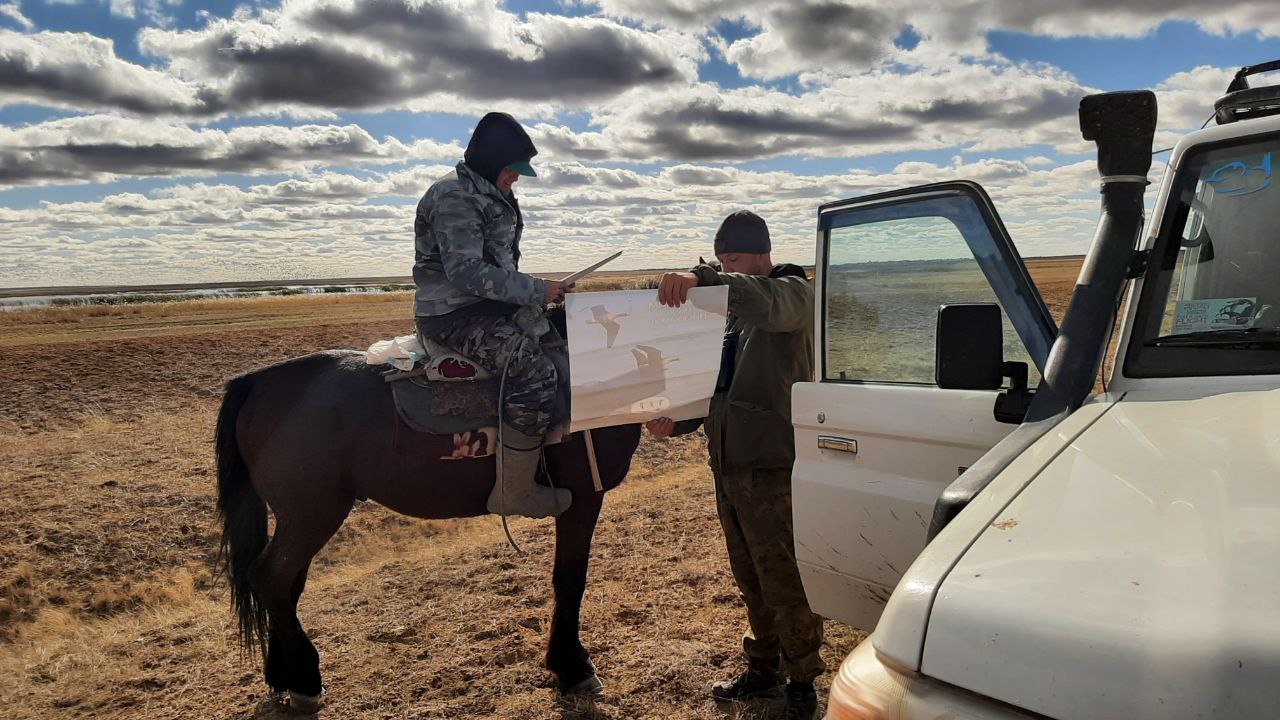 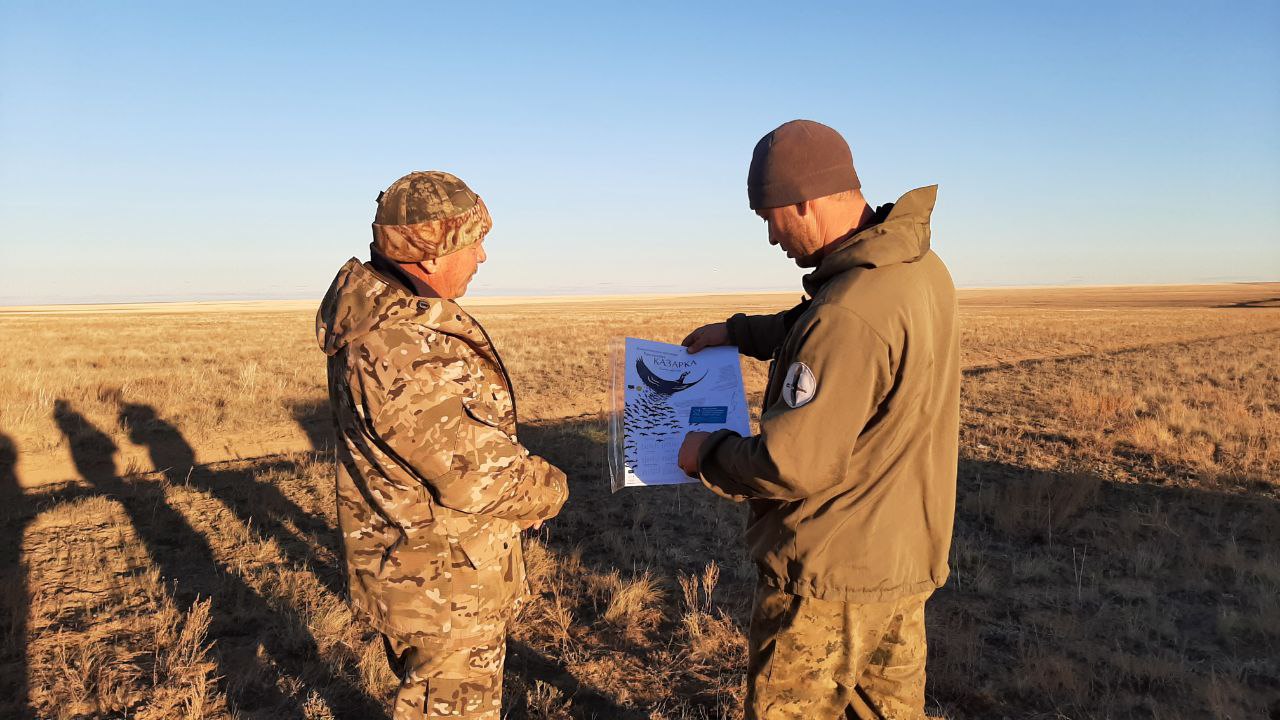 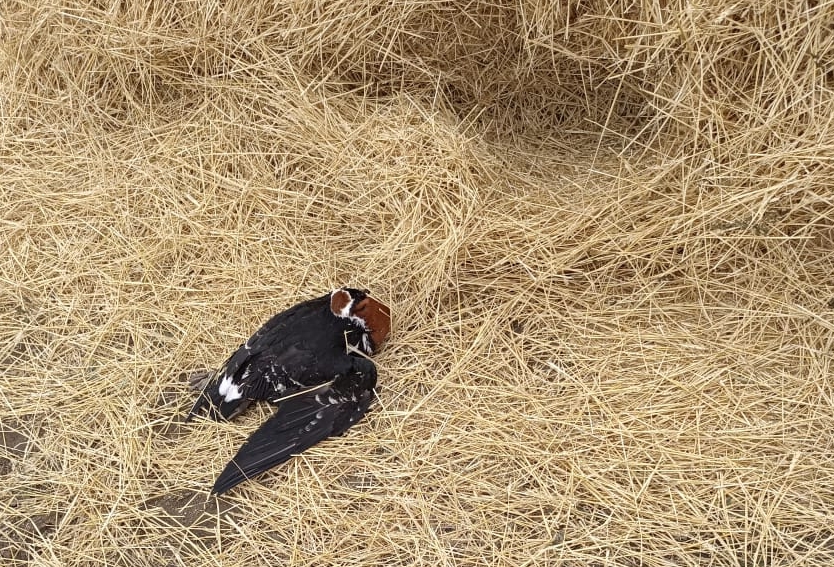 The LIFE for Safe Fly project under the Life program is almost entirely focused on solving and mitigating the problems related to the poaching and illegal shooting of red-breasted geese, which unfortunately occurs along the entire flyway of the species. Despite the results achieved in many places, poaching continues to be a problem during migration or wintering. The ACBK field team reports of at least 8 red-breasted geese that have been known to be killed this autumn. 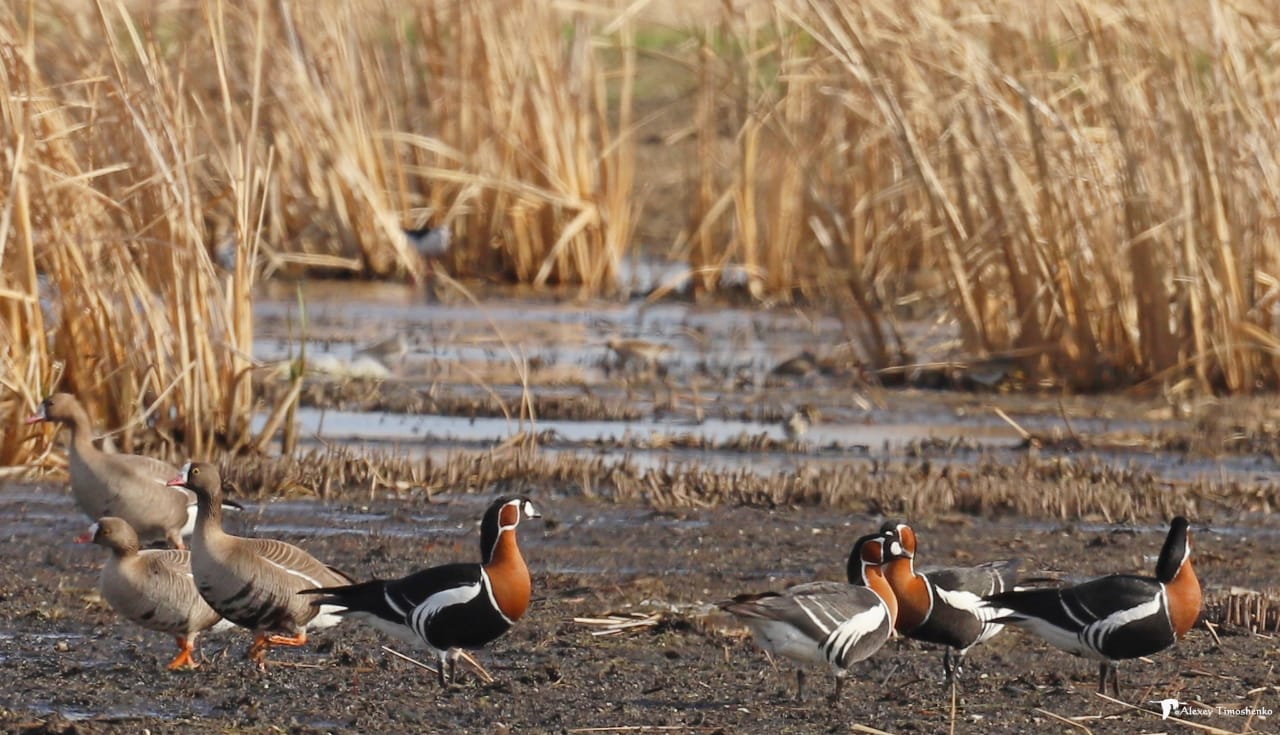