Coastal Dobrudza in all seasons

This guide is for everyone fond of adventures in nature and alternative tourism. We will show you some of the sites for birdwatching, will walk the steps of ancient Bulgarians, will show you some routes for cycling, and sites where you can take unforgettable images.

I. Where and when to watch birds

The region of Durankulak and the whole Northern Bulgarian Black sea coast includes some of the most favoured sites for birdwatching in the country in every season. Being on the path of one of the busiest migratory routes in Europe – Via Pontica, this region, with its special climate, coastal lakes and flora, is particularly attractive to nature lovers. Some of the most interesting species which occur and can be observed only here are the Pied Wheatear (spring-summer), the Mediterranean Shag (all year around) and the Paddyfield Warbler (spring). Song birds, some coming from as far as Siberia, flood the region during the spring and autumn migrations, while the winter months (December – February) are the times for wild geese.

The sites that we will include and describe in this guide are the Durankulak lake, the Shabla lake, the Cape Kaliakra and the Bolata bay (see the map).

Nearly 280 bird species have been recorded at the Durankulak lake area. We will show you several spots for birdwatching which you can see on the map. 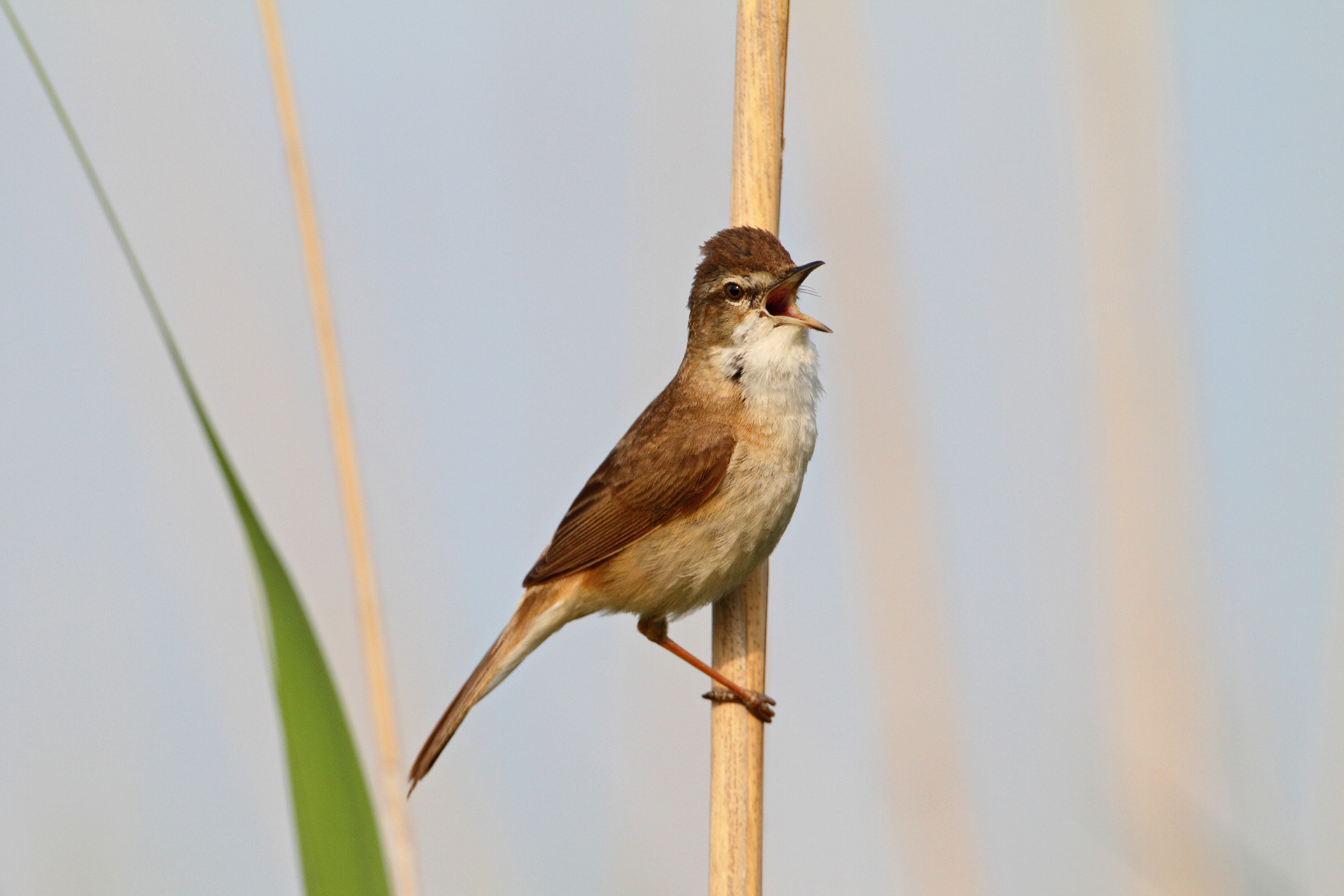 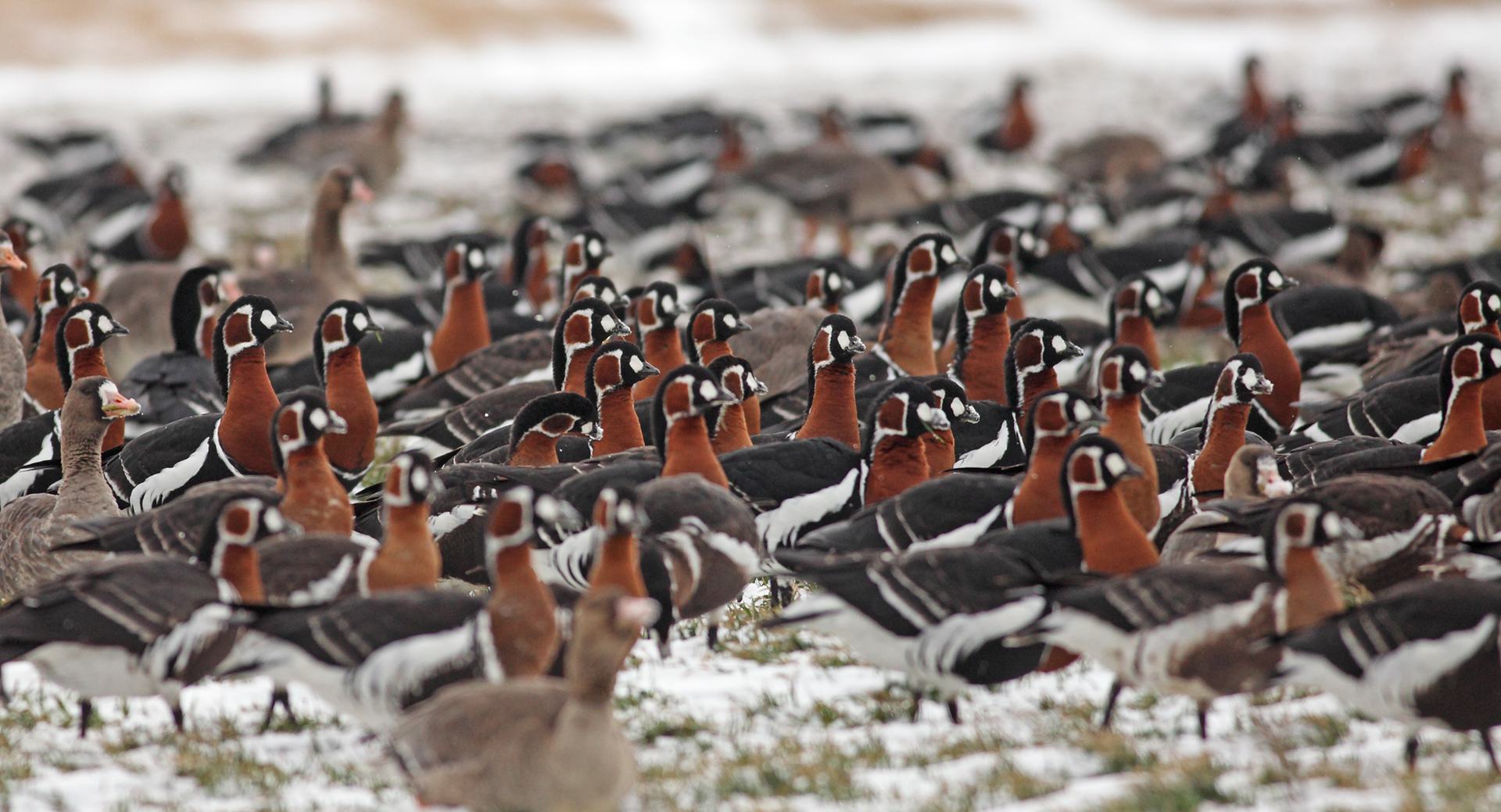 Yet another bird-rich place worth visiting in every season, where around 230 species have been registered. Spring: Terns, Waders, Ducks, Raptors; Autumn: Waders, Ducks and Herons; Winter: Gulls, Geese, Swans. In the summer it dries out and very little water remains. 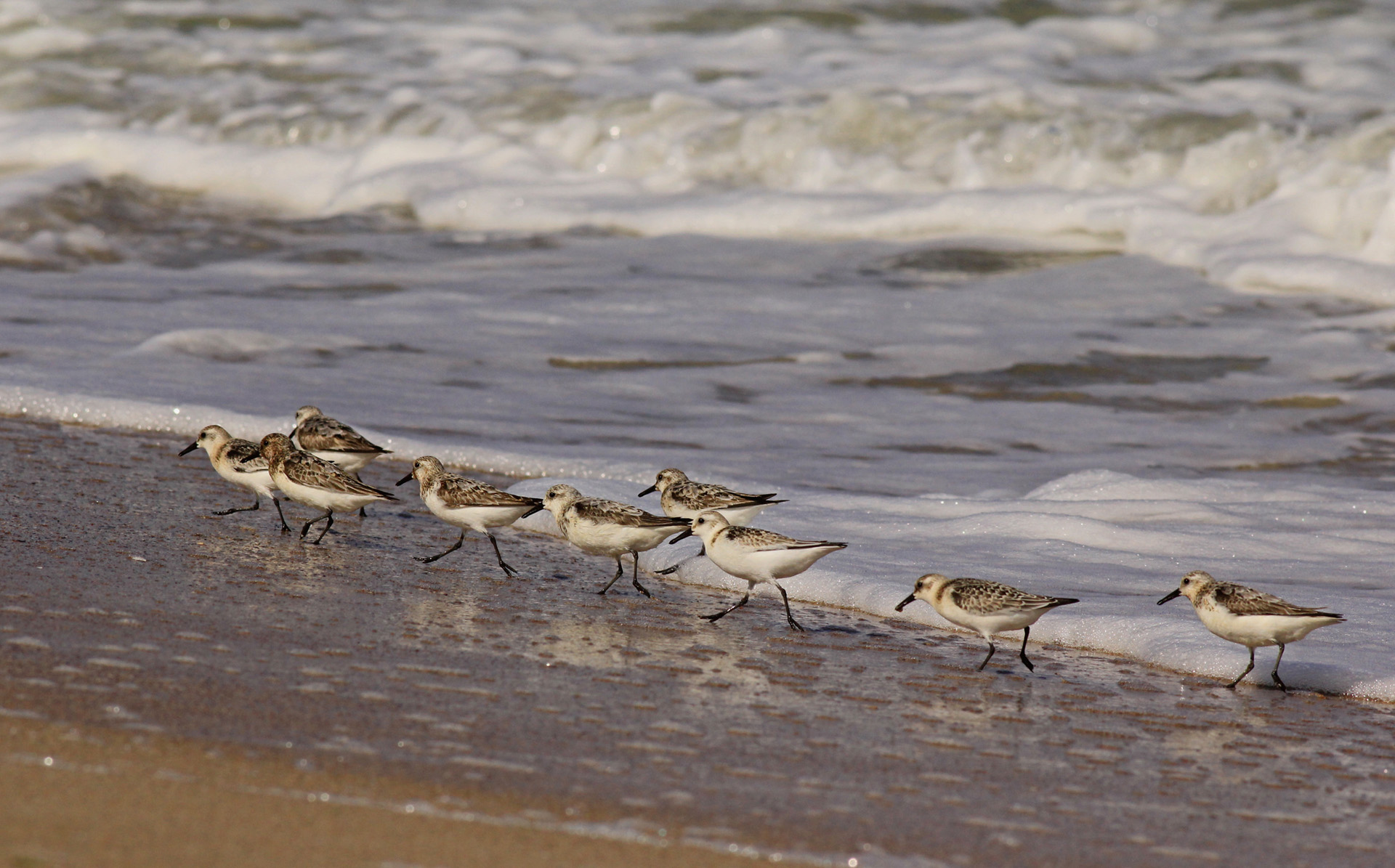 Kaliakra is the only site in Bulgaria where the Dobrudzha steppe is still preserved, and features Bulgaria’s highest coastal cliffs. 220 bird species have been registered in this area.

Apart from birds, you may see from this Cape the three sea dolphin species – the Harbour Porpoise, the Common Dolphin and the Bottle-nosed Dolphin. 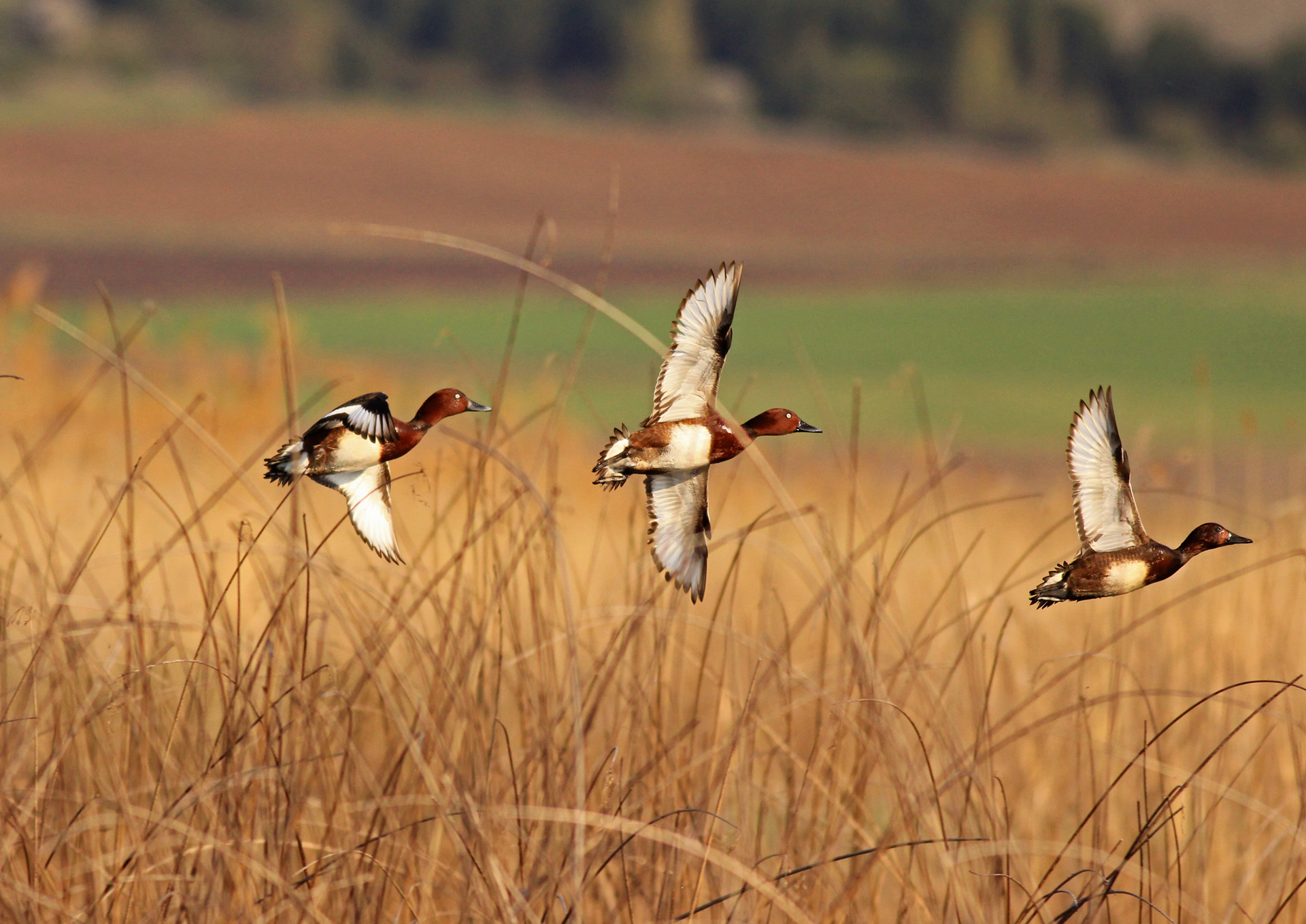 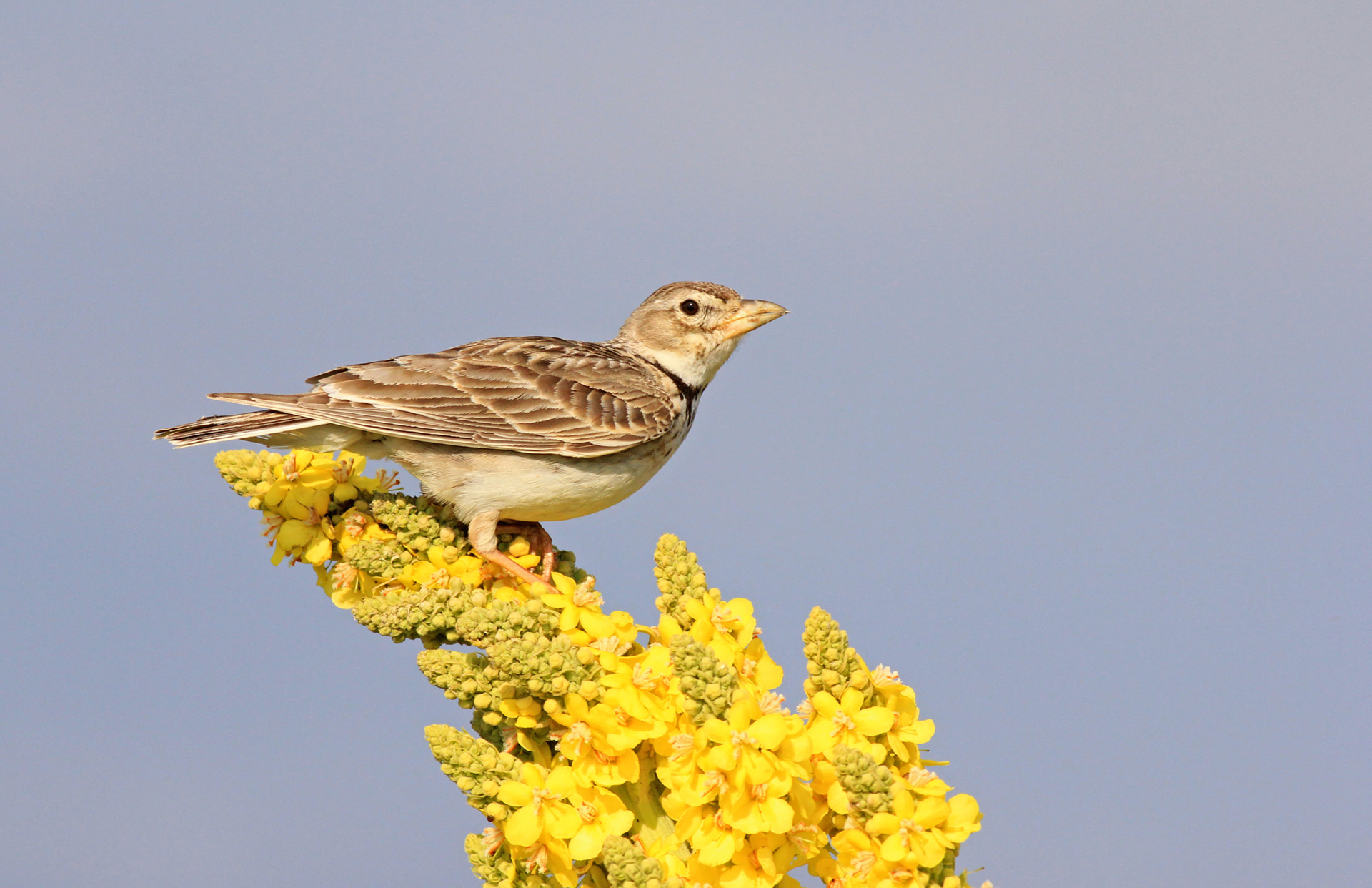 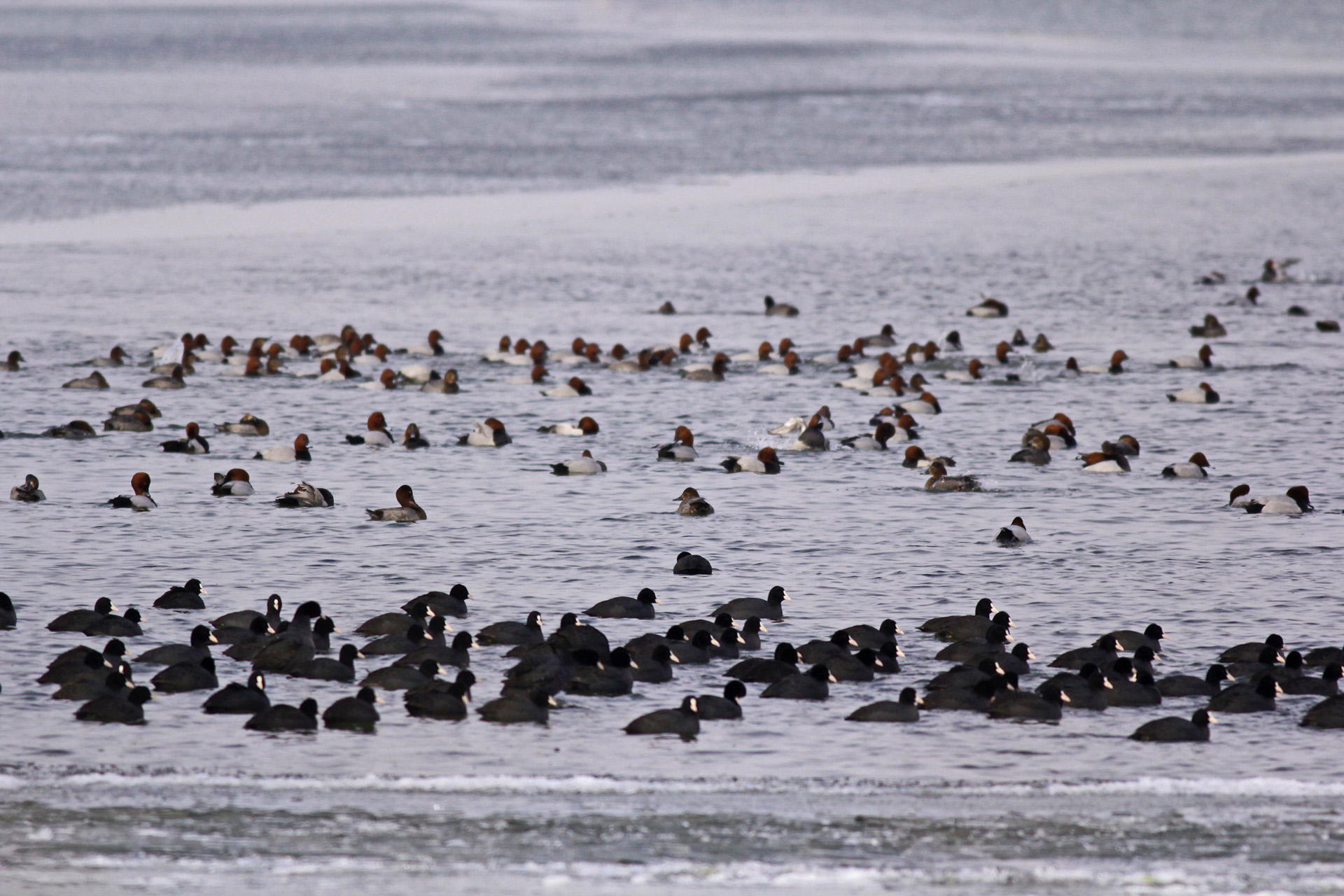 A picturesque valley hidden among cliffs, with a shore line overgrown with reeds. The most suitable seasons are spring and autumn when migrating song birds stop to rest. Expect to see Eagle Owls throughout the year. 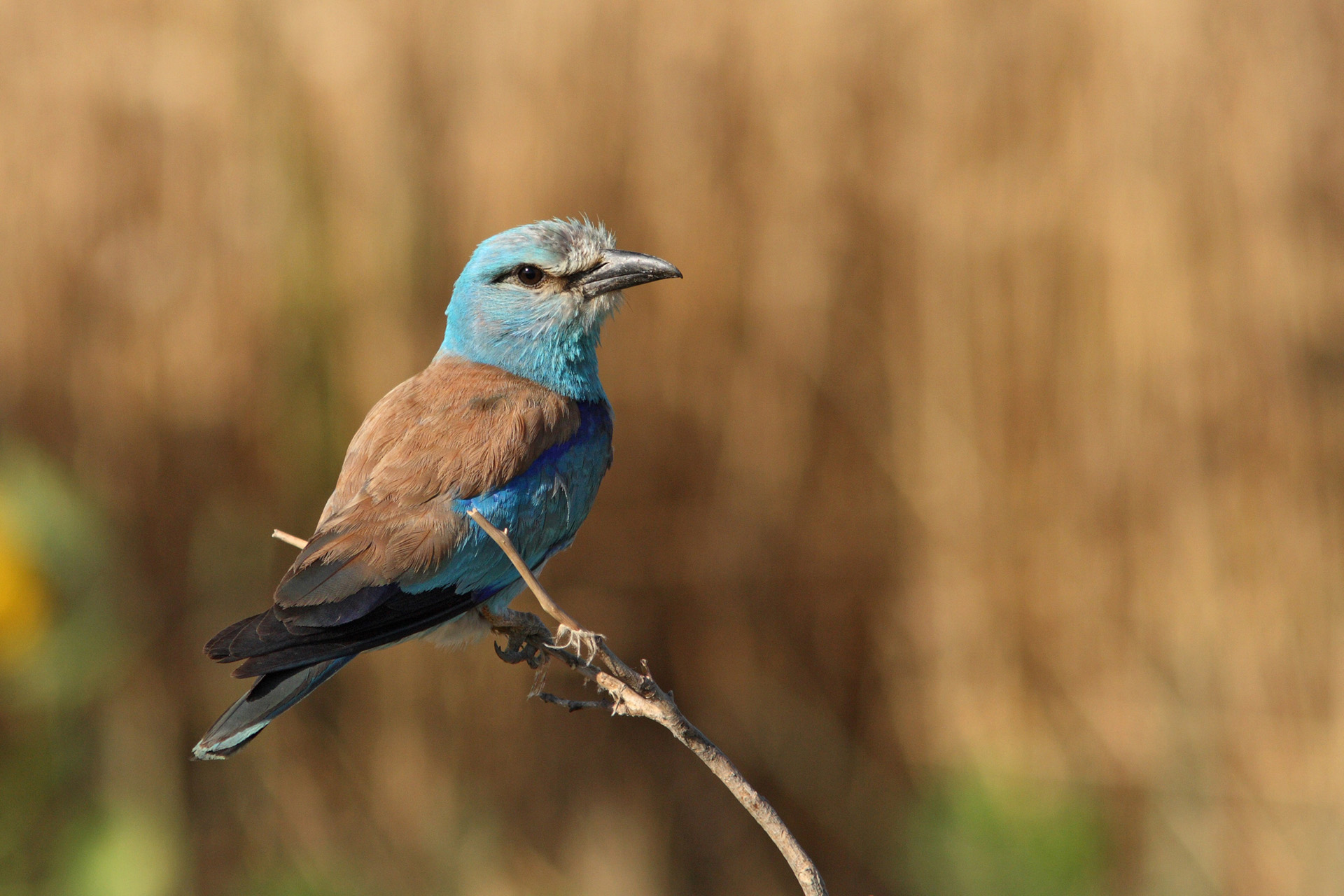 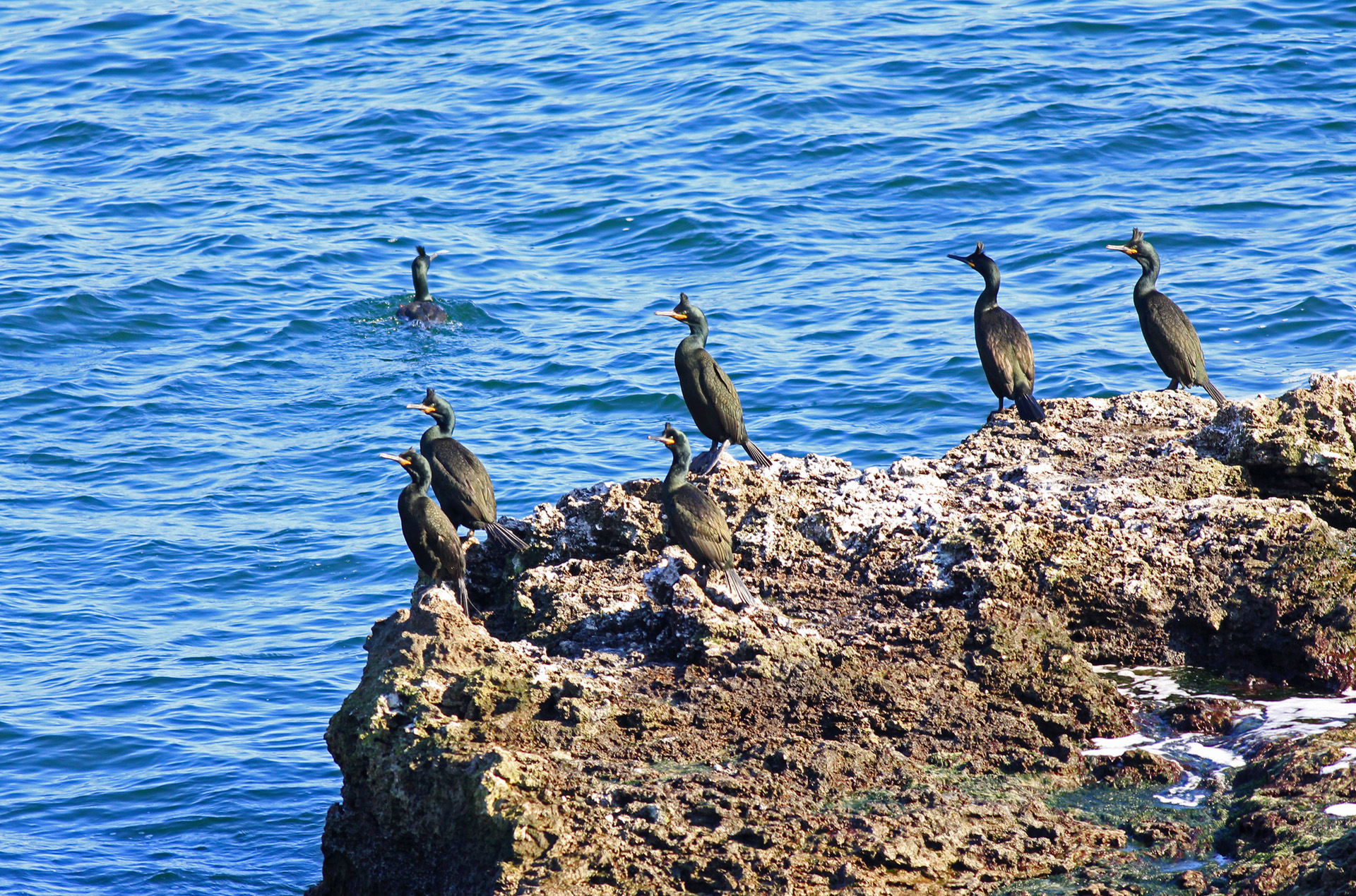 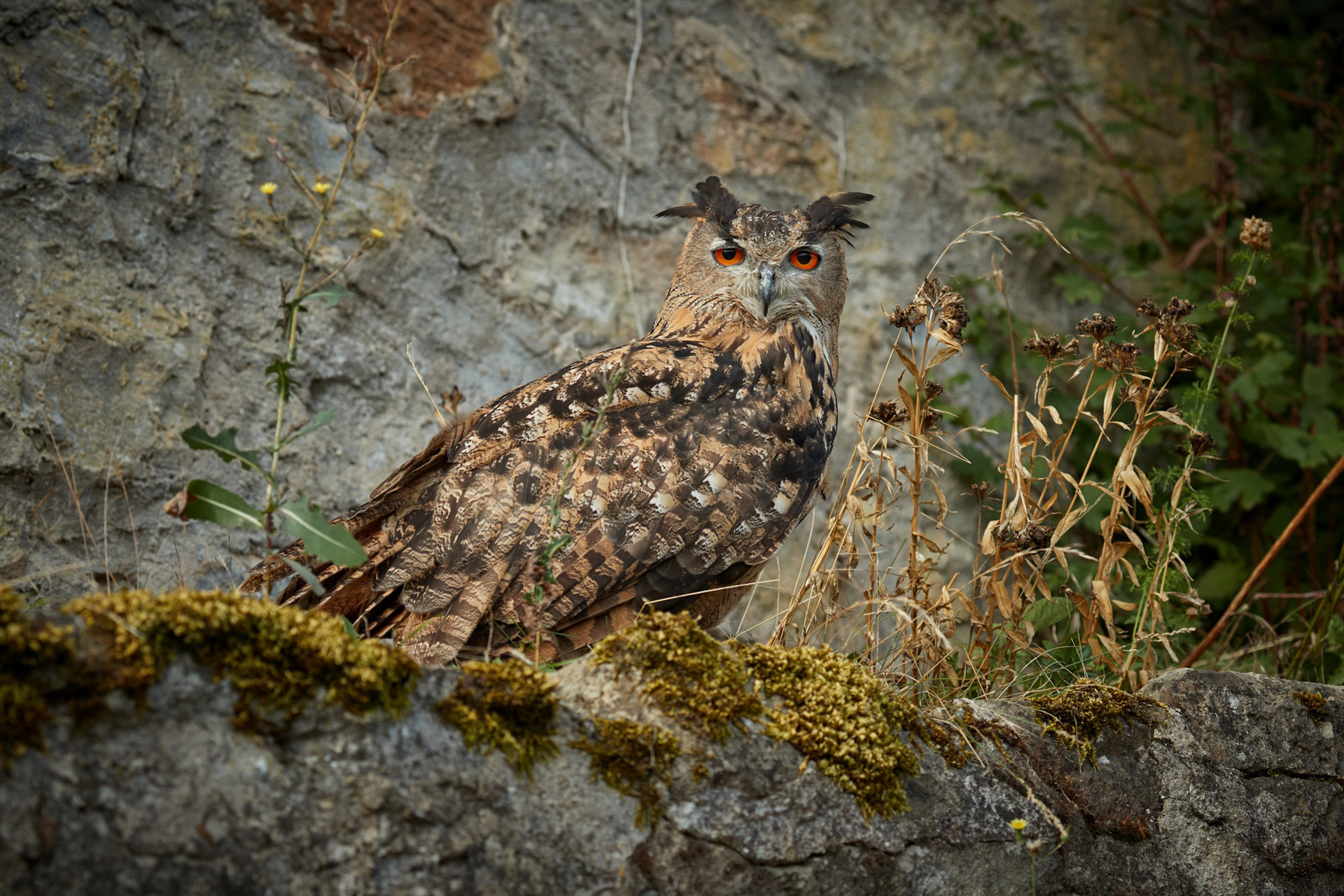 Here we describe some of the key sites for cultural tourism in the region.

This reserve is situated about 1 km south of the Durankulak village, on the bank of the lake. The Archeological reserve is known for being the site where the first signs of human writing, from 50-48 century BC, have been found. Europe’s largest necropolis, on the Big Island, is referred to as the Bulgarian Troy. The Big Island is home to another finding – a nationally significant large settlement mound from 5100-4700 B.C.

This reserve is situated 2km south of the Kamen bryag village and is famous for its cave town with over 100 cells in the cliffs dating as far back as the 5th century B.C. The site is especially picturesque with terraces on cliffs 50-60m above the sea. A small Early Byzantine fortress built in the late 5th century is situated in the northern part of the ‘Great Yaila’ reserve. Other remnants from antiquity are a sanctuary, sacrificial stones, a winery, four buried tombs, etc. During the Middle Ages, the caves had been used by monks, with ancient Bulgarian signs – crosses and stone icons, visible on some of the walls.

This reserve, in one of the most scenic places on the Bulgarian Black sea coast, has played a major role in the history of our country. Red coloured 80 to 100 m high rocks connect the cape with land. Having reached the tip of the cape, you will be surrounded by sea. Habitation of this site in the 4th century B.C. is evidenced by some artifacts. Presently, one can see the remains of a medieval fortress and Roman ruins. 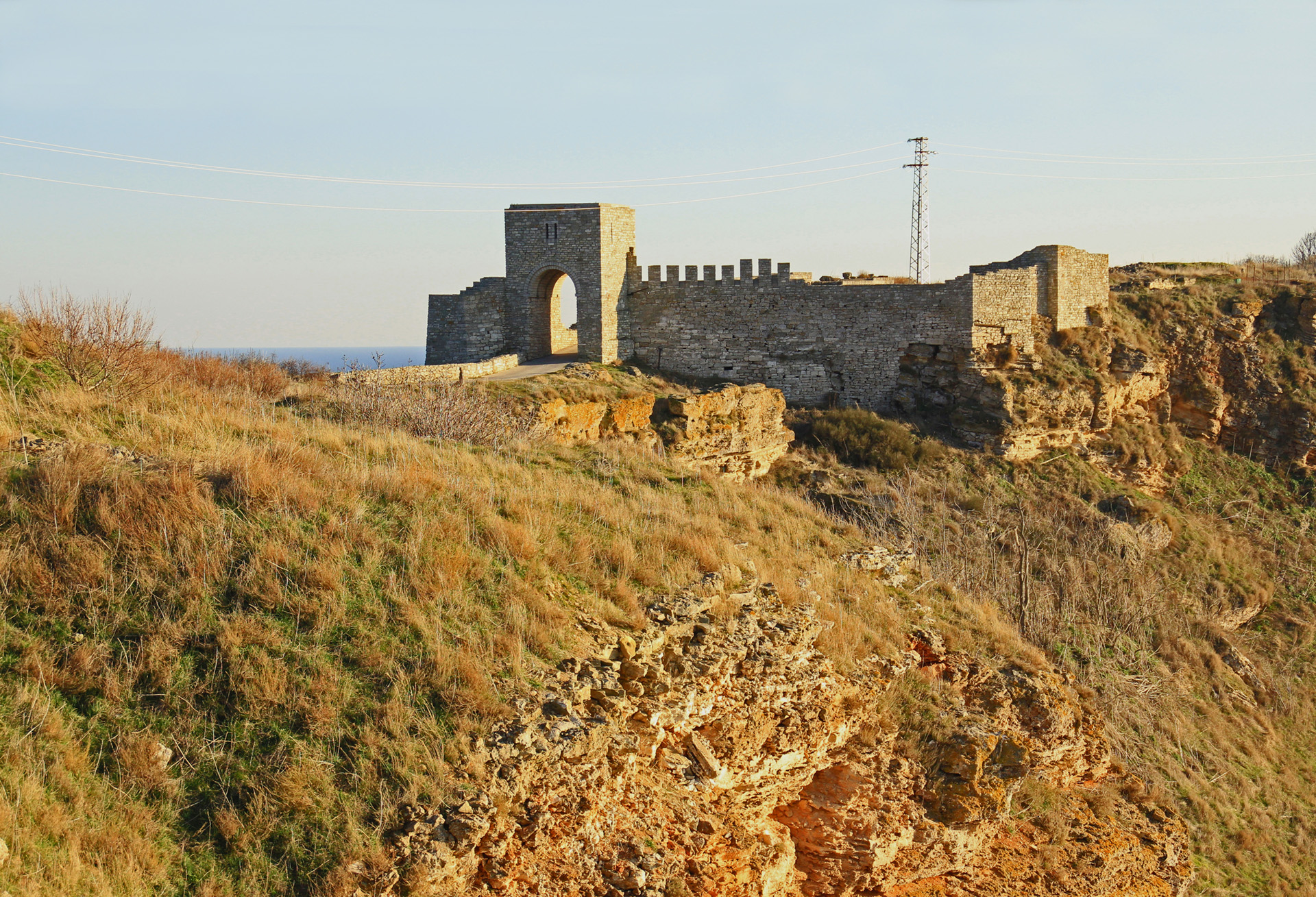 We have included 3 routes, some of which are only partially negotiable.

Here you will find a description of some of the most photogenic sites on the Northern Black sea coast. 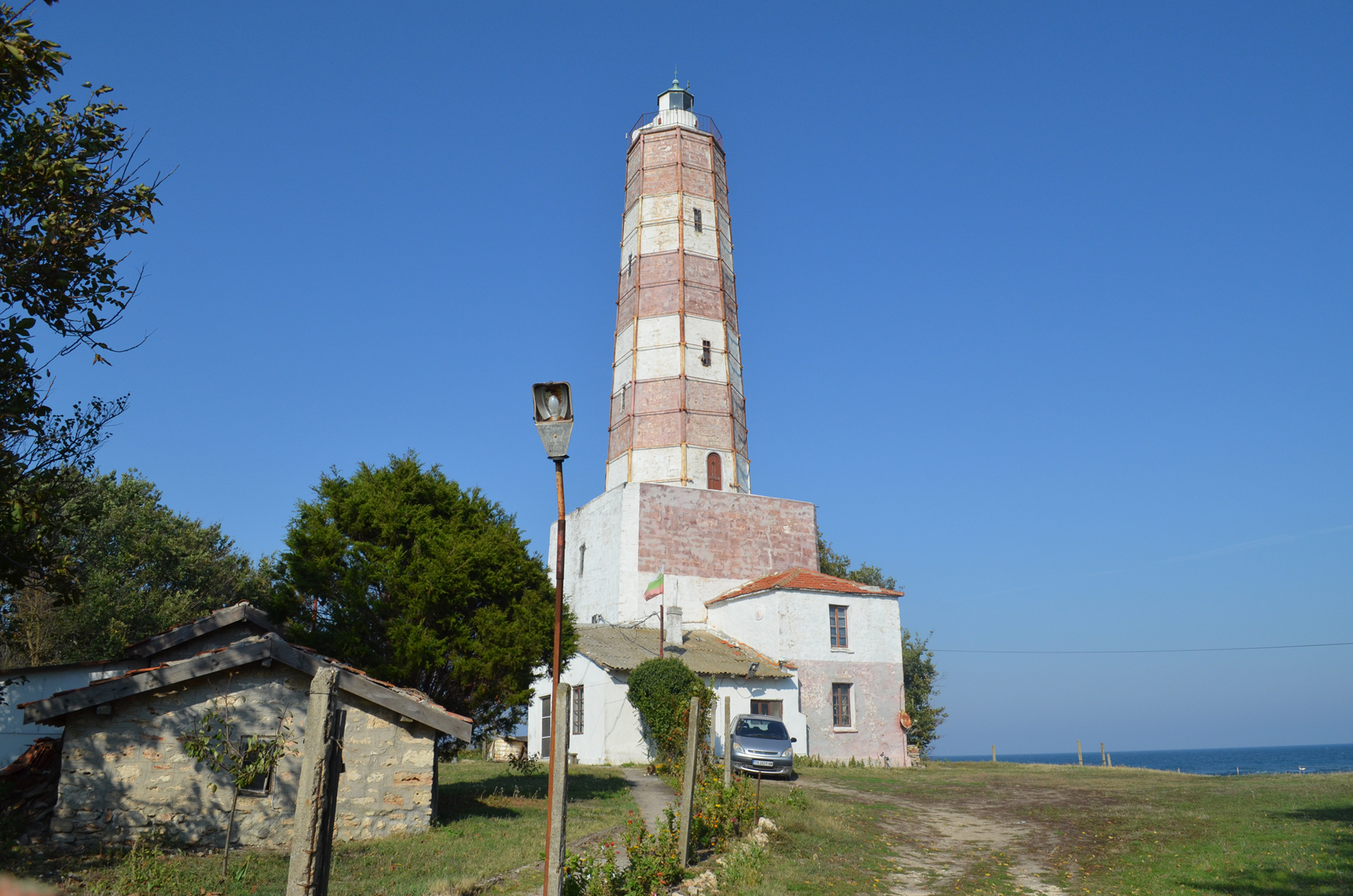 What to shoot: the landscape.

Surroundings: At 150 years old, the 32m high and highly spectacular Shabla lighthouse is the oldest lighthouse along the Bulgarian Black sea coast.

When to photograph: in every season, mainly at sunrise and sunset. It is suitable for night time photography against the Milky Way.

Advice: use an ND filter for slow shutter speeds, and a tripod.

Entrance: free for the area but no entry allowed in the lighthouse itself. 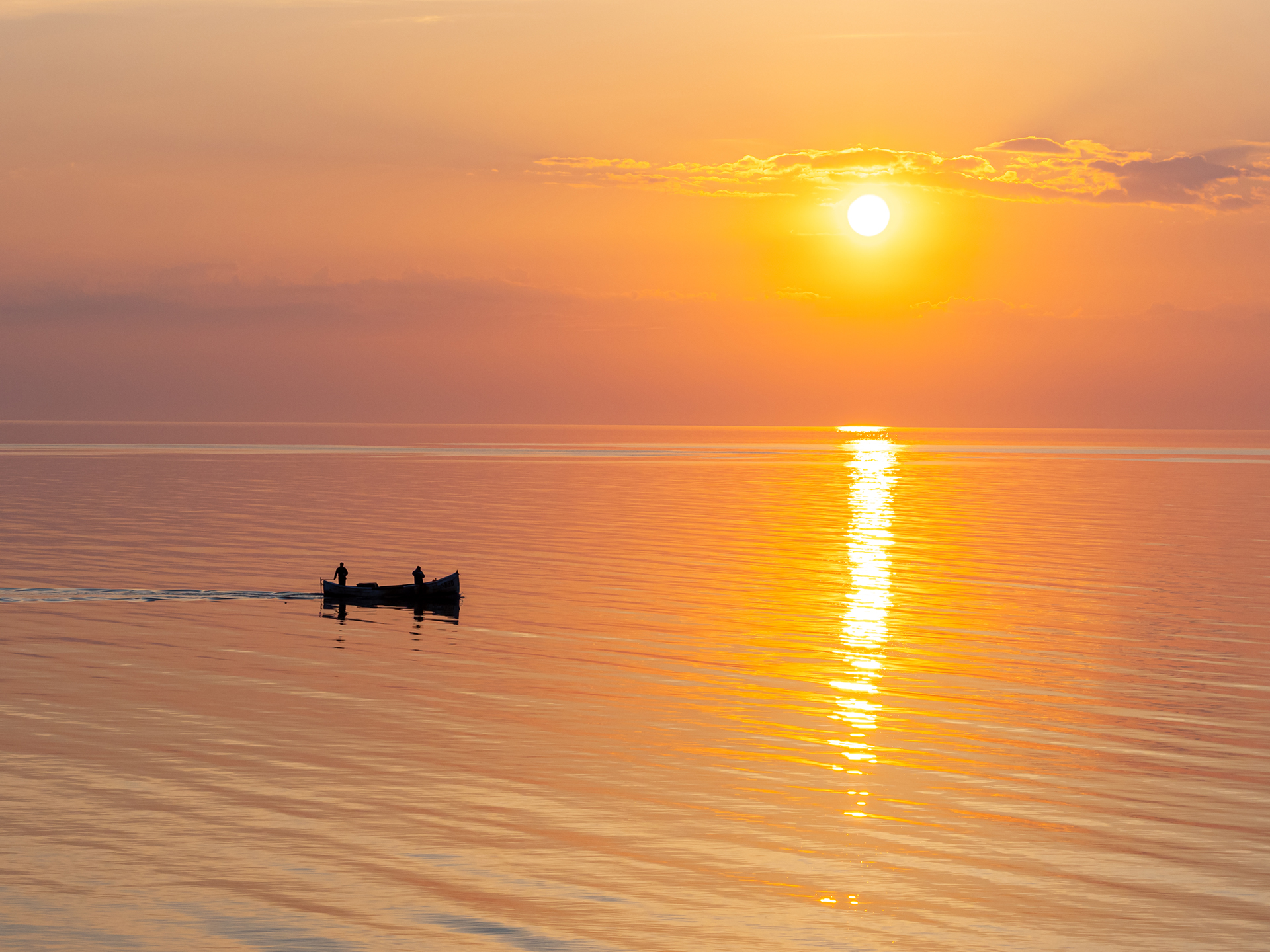 What to shoot: people, customs and cultures

Surroundings: a fishermen village rich in colours, customs and culture.

Directions: It is situated right next to Shabla lighthouse, 6 km east of Shabla

When to photograph: Any time of the day, in any season, but early mornings when fishermen go out into the sea and later, when they come back to land with their catches, are the most interesting times. The richest periods in impressions are spring and autumn.

Advice: Walk amongst the shelters and take photographs of the livelihood. Ask the fishermen for permission to photograph them.

The Stone Arch at Tyulenovo village 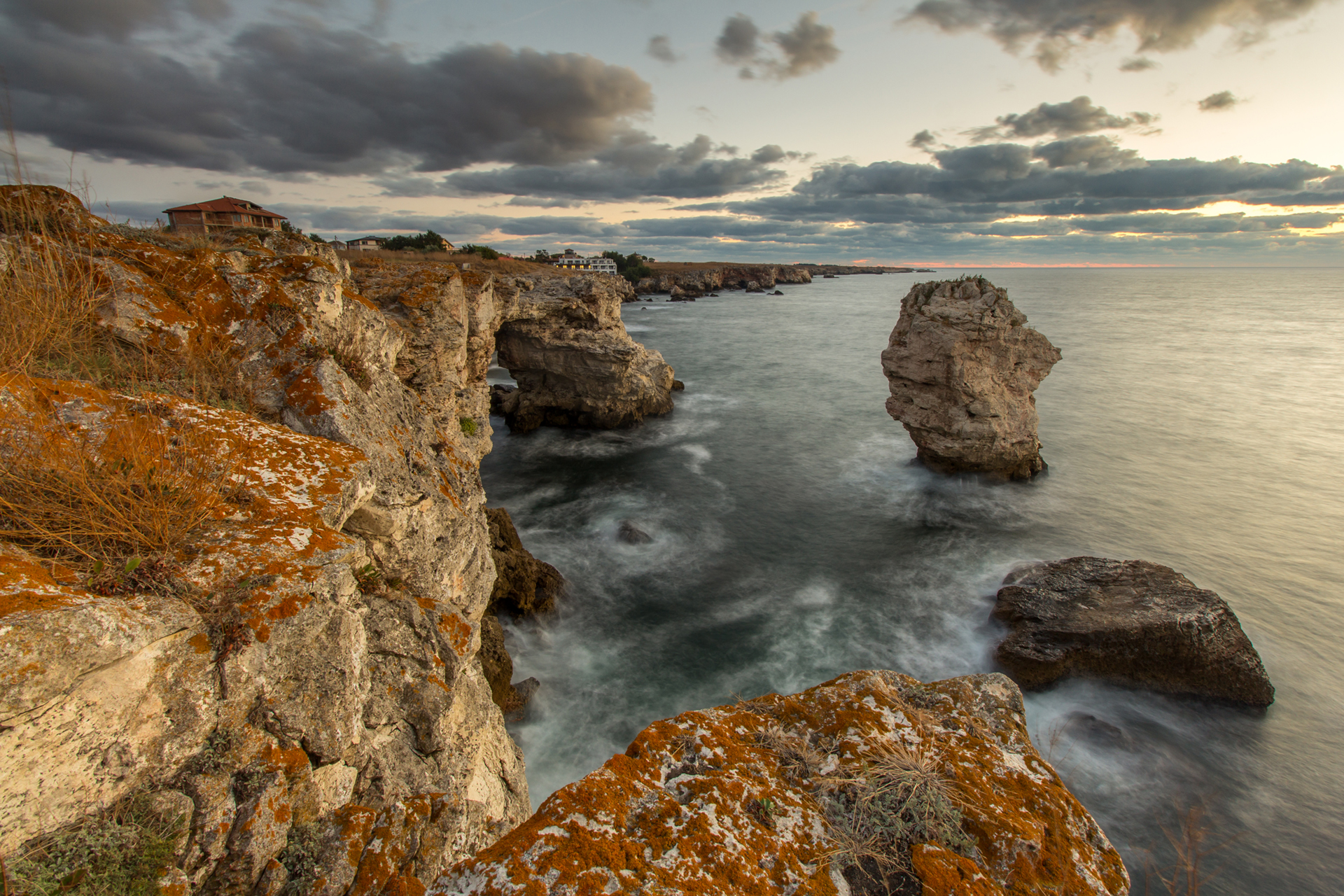 What to shoot: The landscape

Surroundings: A stone arch over the sea at Tuylenovo village

Directions: 300m south of the village, along the shore line.

When to photograph: In every season, mainly in the mornings for sunrise. Suitable for using the Milky Way as background in the summer.

Advice: Use an ND filter for slow shutter speeds. Accentuate the background by positioning a person there. 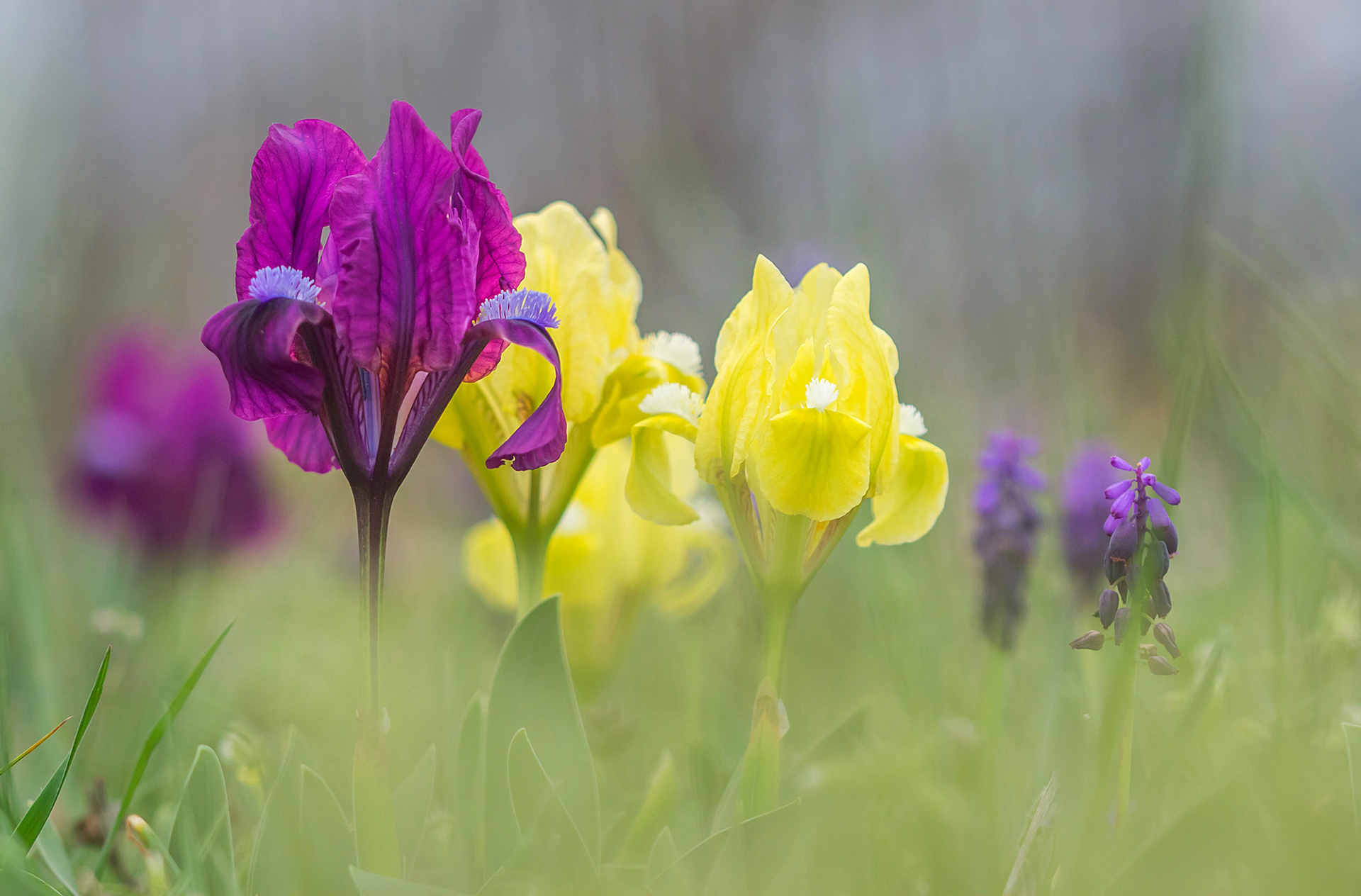 What to shoot: The archeological reserve, the landscape, the peony flowers

Surroundings: Highly scenic terraces on the cliffs above the sea. One of the few places in Bulgaria for peony flowers.

When to photograph: Every season mainly at sunrise. Peonys flower in early May,

Advice: Arrive at the site at least one hour before sunrise in order to find the right spot for you. Visit the site on the day before the shooting in order to identify your picture-taking location. 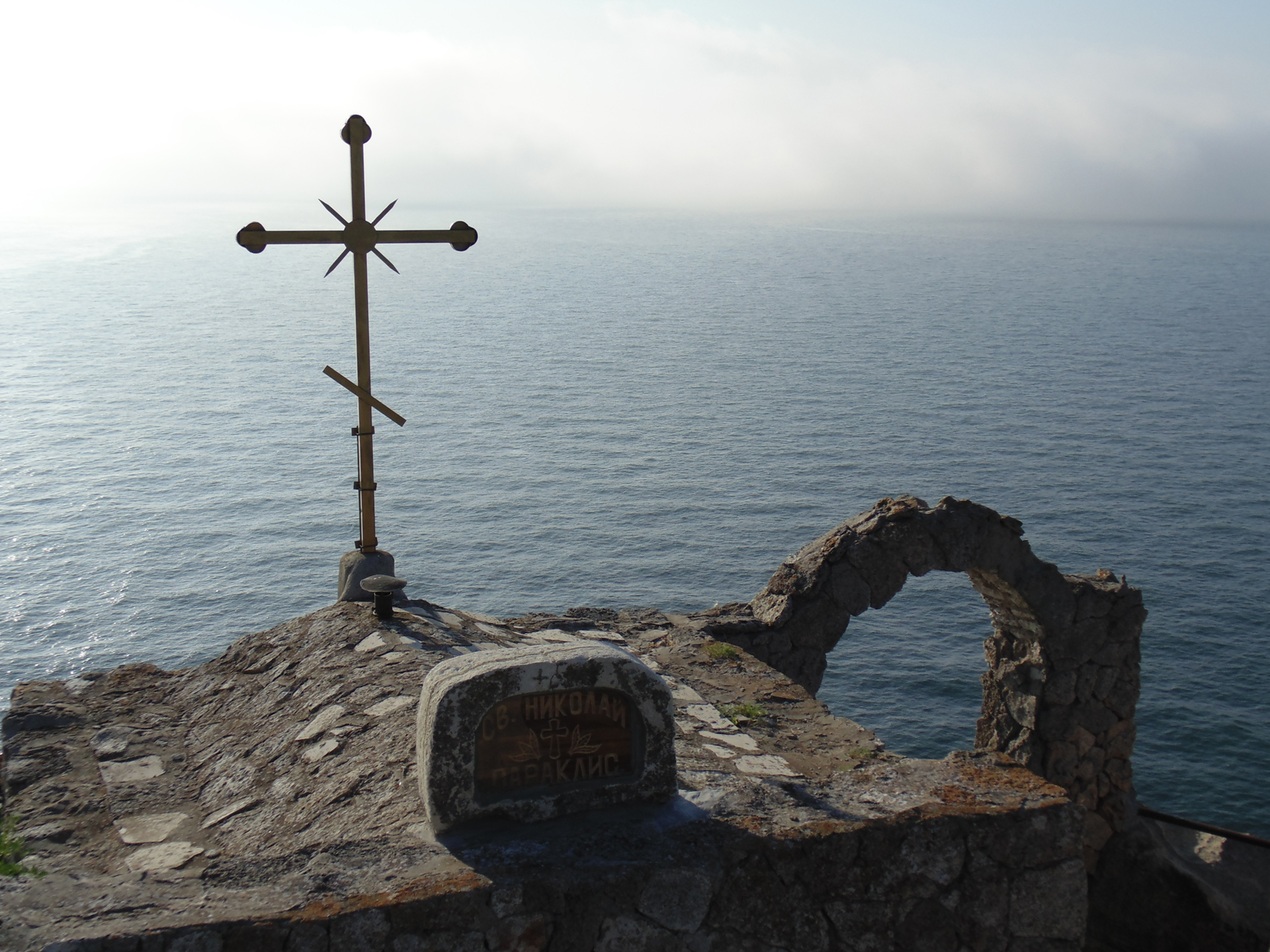 What to shoot: The archeological reserve, the fortress, the birds, the landscapes and the flowers.

Directions: 12 km east of the town of Kavarna.

When to photograph: In every season, mainly at sunrise and sunset. Avoid the weekend tourist crowds.

Advice: Photograph the landscape from the fortress walls and use the paths as leading lines. To take picture of birds, perch on the rocks covered in yellow lichens or blossoming flowers as a perch. To take atmospheric black-and-white photographs of the site, visit in gloomy weather with dramatic skies. 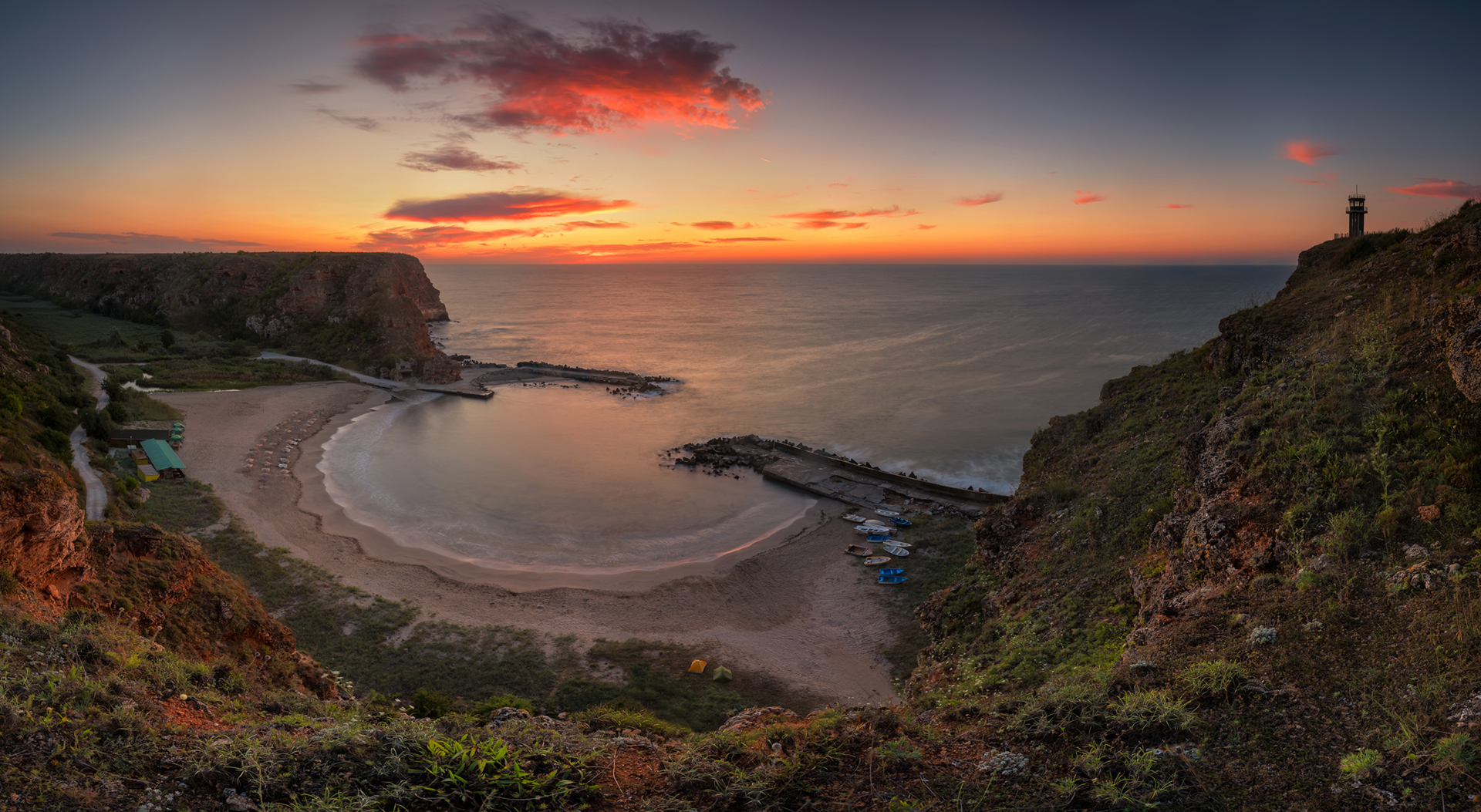 What to shoot: Landscapes

When to photograph: In all seasons, early morning for sunrise and evening, about an hour before sunset, when the cliffs are softly lit.

Advice: Use the edge of the cliffs as leading lines. Photograph details such as reed tops against the light.

Access: Easy, suitable for wheelchairs, there is an asphalt road along the whole valley

There are many hotels and guest houses in Kavarna, Tiulenovo, Krapets, Shabla, Balgarevo and Durankulak. It is possible to stay at the Rusalka resort as well.

The places to eat are on the bank of the Durankulak lake, in the Krapets village, and in Shabla.

Getting the map on your phone:

To use the map later, Open Google Maps > My maps > Maps. Once there, choose “Alternative tourism around Durankulak.”