The first significant numbers of the vulnerable Red-breasted Goose have already arrived in their wintering quarters in South-east Romania. During the first for the season 2018/2019 international coordinated count carried out at the end of November were counted 5993 individuals. The simultaneous counts were carried out in all six project sites – Delta Dunari-Razim-Sinoe Complex, Balta Mica a Brailei, Balta Alba-Amara-Jirlau, Lacul Strachina, Gura Ialomita-Bertesti de Sus and Iezer Calarasi, which are the most important Natura 2000 sites for the species in Romania. 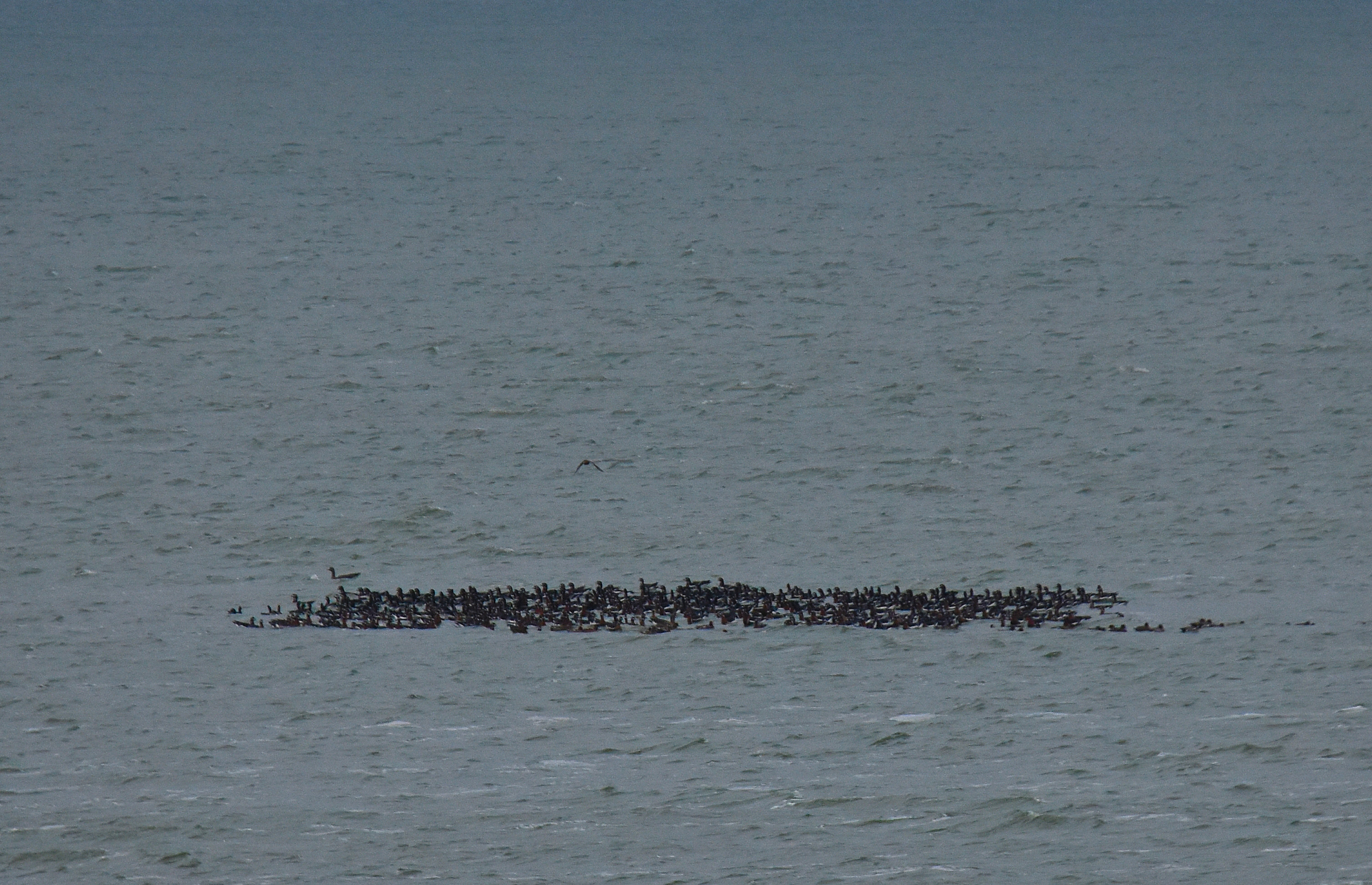 The highest numbers were found at Pardina area (Danube Delta) and Balta Alba, all together 4000 individuals. In the rest of the inland sites were found small numbers up to few hundreds. The numbers found this November are within the usual range of 5000-10000 individuals, typical for the beginning of the winter. However, since 2016 the numbers registered in November are in decline.  The most numerous wintering goose species in Romania, the Greater White-fronted Geese were 197 000 individuals, followed by the Greylag Geese, 1500 ind. Another two rare goose species were observed as well, 8 individuals of the vulnerable Lesser White-fronted Goose and 11 of the Tundra Bean Goose. 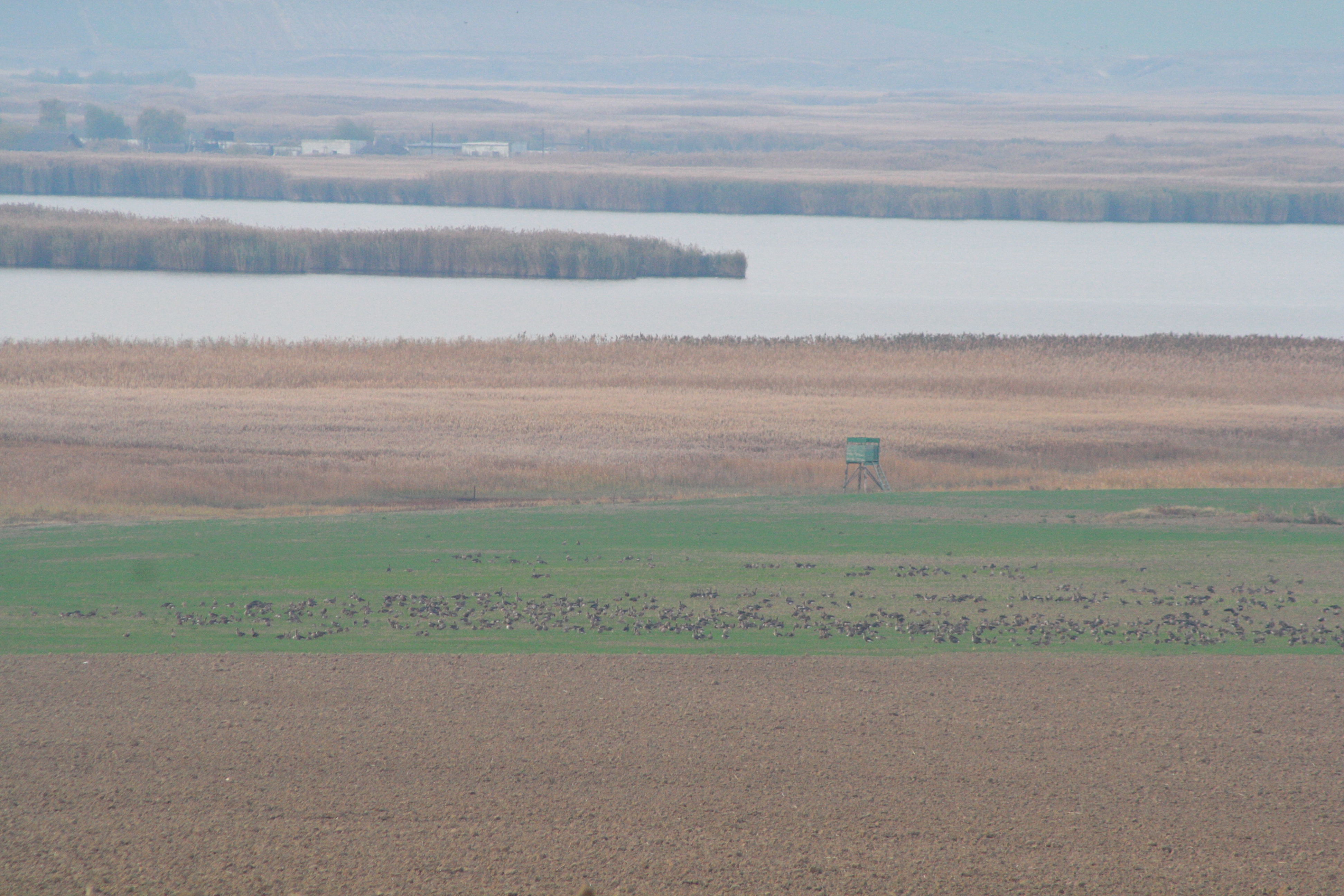 The peak of the geese numbers in Romania is usually in mid-December when over 30 well trained observers of Romanian Ornithological Society will count again the most important sites, together with our partners from Bulgarian Society for the Protection of Birds and the National Nature Park Tuzlovski Lymani in Ukraine. 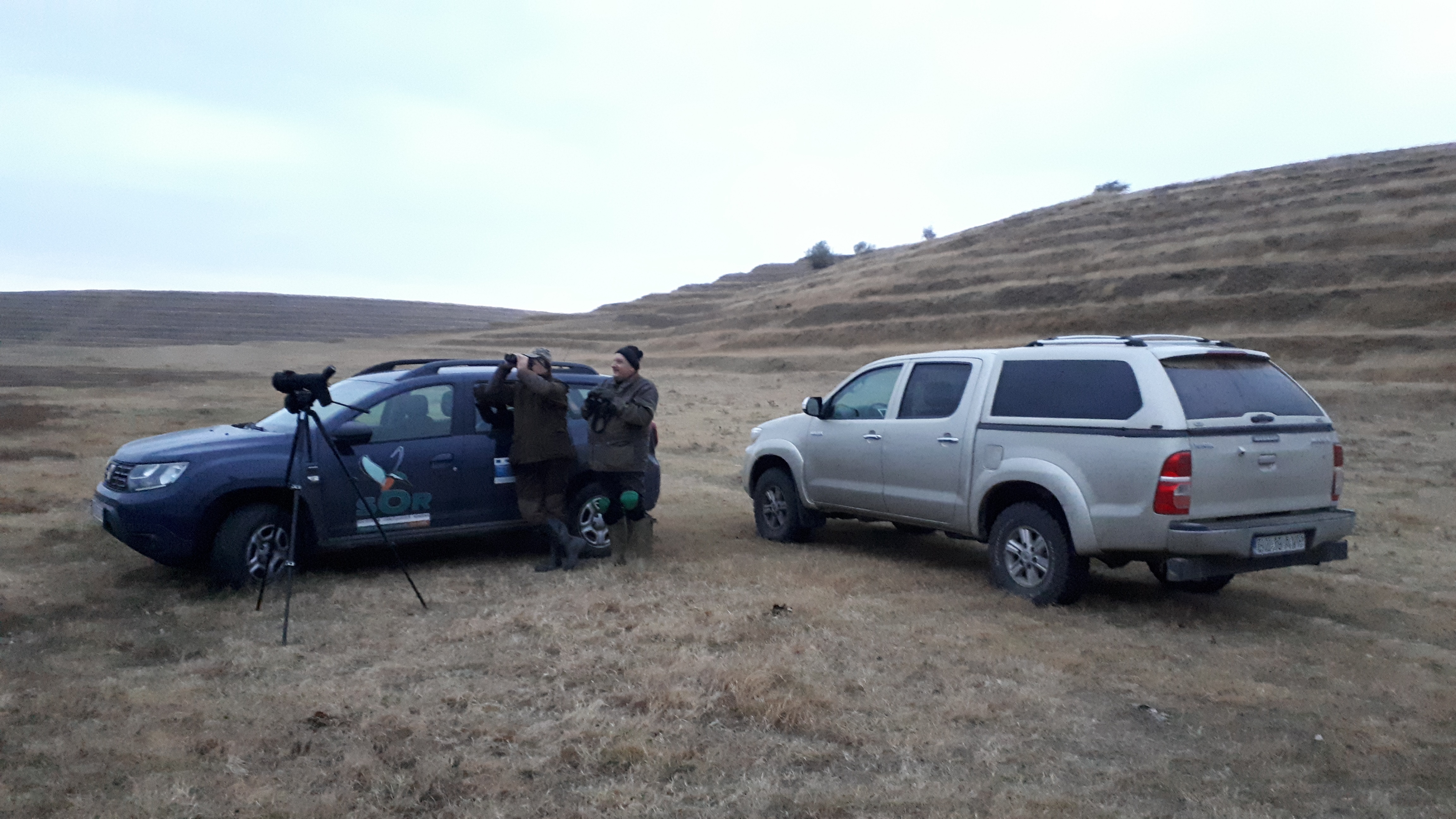 Apart from the monitoring scheme, the first anti-poaching patrols has started as well at the territory of Balta Alba and Balta Mica a Brailei Nature Park. During the first visits the hunting and park rangers of AGVPS and Nature Park administration (partners in the project) didn’t registered any violation of the hunting law. Unfortunately, disturbance produced by fishing boats were registered in two important roosts for the geese at the morning hours, before the geese to take off. This is one significant threat for the geese, which can push them even to abandon their preferred roosts.

The monitoring of wintering geese and anti-poaching patrols are carried out of the project “Safe flight for the Red-breasted goose”, supported by the LIFE EU program and is carried out throughout the migratory route of the species.