Just a few hundreds of Red-breasted Geese were observed in Bulgaria during the last days of 2018, when the successive goose winter monitoring took place in Coastal Dobrudzha, Svishtovsko-Belene lowlands and the Burgas lakes complex, implemented by the Bulgarian Society for the Protection of Birds. 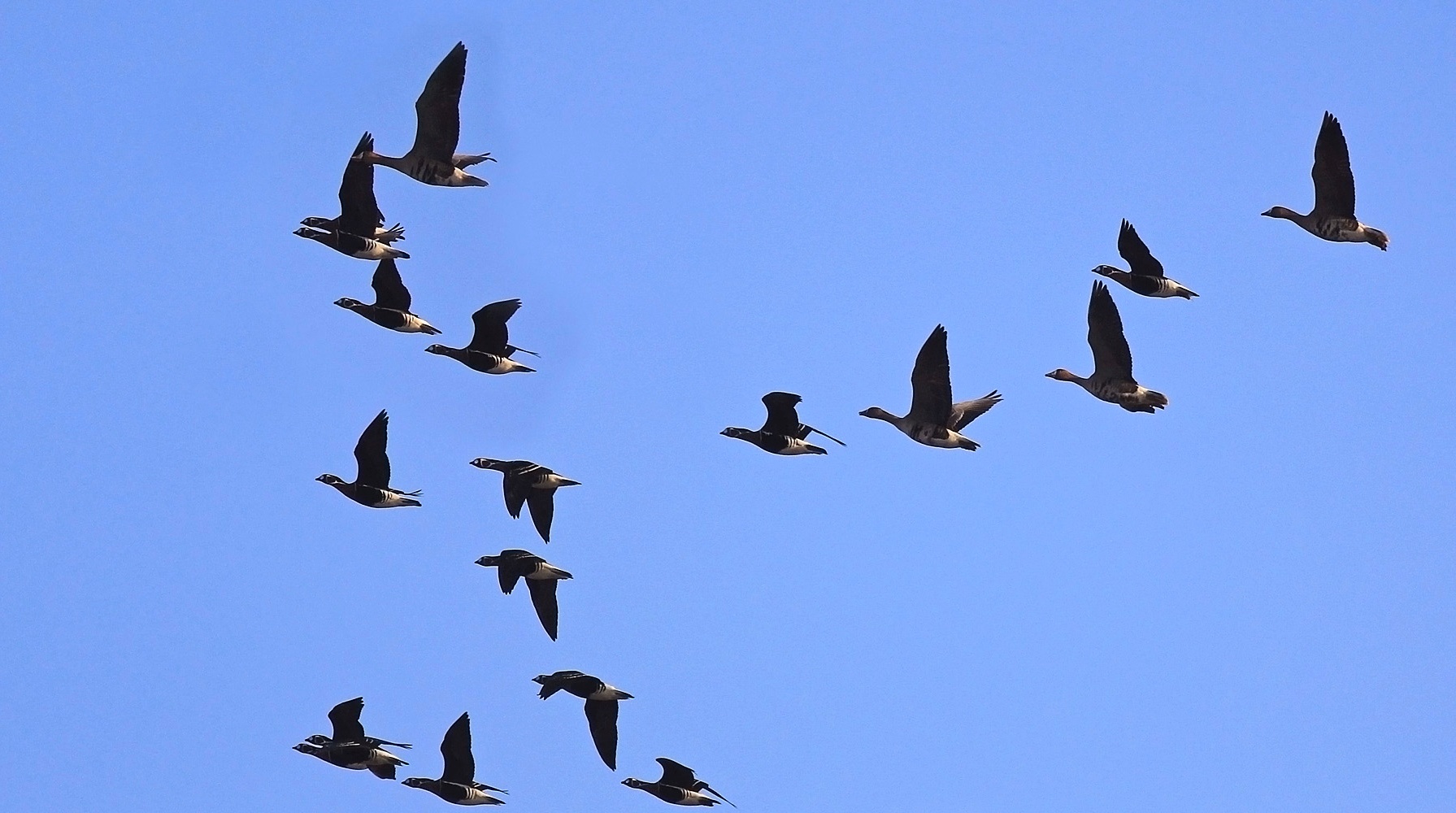 “The decrease in numbers of red-breasted geese wintering in these territories is due to the warming up of the weather.” This opinion is shared by participants in the survey, comparing the last days of the past year with those of mid-December. “Most of the birds have moved back to neighboring Romania,” according to experts, which is confirmed by the data obtained from the monitoring of wintering geese there, where an increase in the number of red-breasted geese has been registered. “The total number of the Greater White-fronted Goose in the surveyed territories is also comparatively low for the season and is no more than 30,000 individuals,” the participants added. 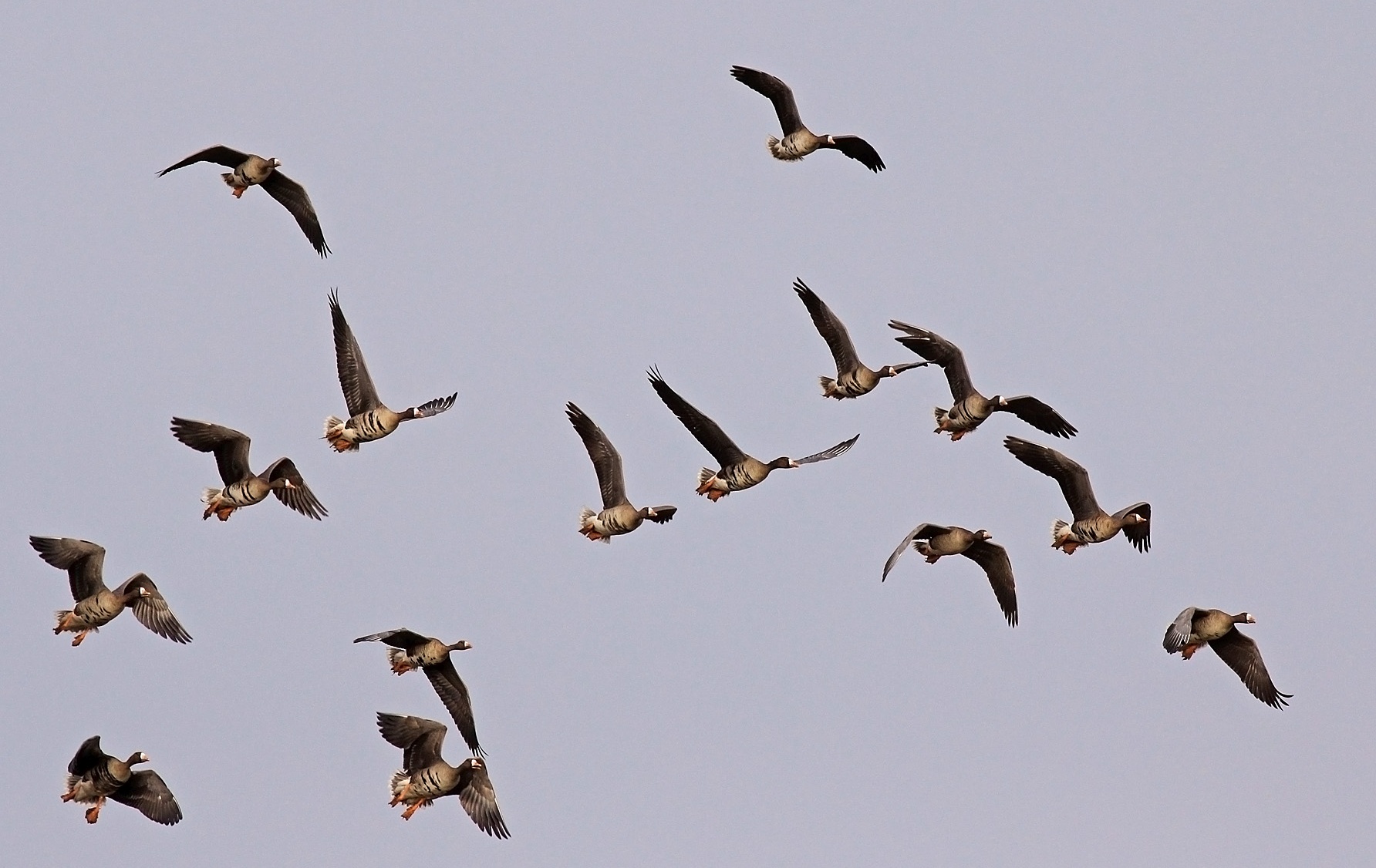 However a record number of the Lesser White-fronted Goose in the Bourgas Lakes was registered by our field people in the area – Vladimir Mladenov and Ralitsa Georgieva. The observation was made at the “Atanasovsko Lake” Natura 2000 site, where 11 individuals of this globally threatened species were found among a flock of Greater White-fronted Geese. They were feeding on water vegetation in the lagoons of the protected territory. 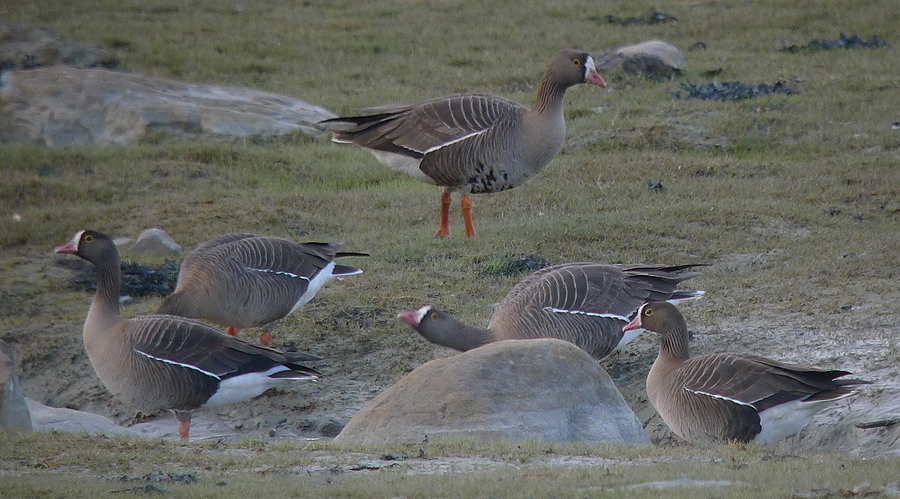