Lesser White-fronted Goose and a Bean Goose have been observed in Bourgas lakes in the last days of January, during the regular monitoring of birds in the wetlands of Bourgas by a team of the Bulgarian Society for the Protection of Birds (BSPB). 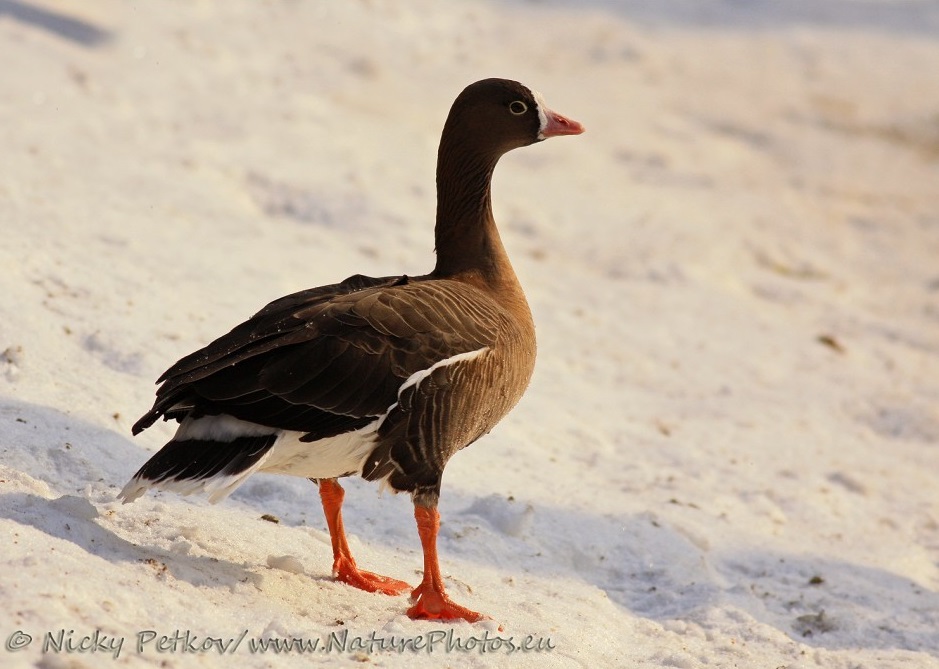 It was not until the end of January that the BSPB team established in the region of Bourgas 17 000 greater white-fronted geese. This is the highest number of species in the country this winter. As one of the end destinations for wintering for the Greater White-fronted Goose, their numbers in Burgas wetlands vary greatly depending on the weather conditions. Although the temperatures in Burgas during this winter are rather spring, probably under the pressure of low temperatures and snow in the countries north of Bulgaria, the first large flocks of geese arrived in Bulgaria in the middle of January.

Along with 17,000 Greater White-fronted Geese, 120 Red-breasted Geese – another globally threatened species – have been observed. This rare and endangered species is increasingly wintering with higher numbers in Bourgas wetlands, the peak being last year with around 40,000 individuals in the region.