Meet the red-breasted geese and their flyway

After we tagged 10 Red-breasted geese with satellite and GPS transmitters in Kazakhstan in May this year, now we can track their way on the project site. From the menu you can choose the name of one or several of the marked geese and follow their flyways from Kazakhstan to their nesting grounds. You can choose a period of time to see where they were and what direction they have taken.

Learn more about each bird, the flied distance, and the person to whom it was named to: 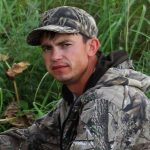 Ivan – the bird has been named after Ivan Zuban. Ivan is ornithologist and local coordinator for ACBK in Northern Kazakhstan and Biology lecturer in Northern Kazakhstan University. He is the team leader of the local team which developed a catching method and net device that was trialed successfully in 2018 and managed to catch new birds in 2019. The enthusiasm and efforts of Ivan to find partnerships and funding for their field activities have helped the success of the local team efforts to result in number of tagged and colour ringed birds.

At the moment Ivan is located in his breeding territory on SW part of Taymyr peninsula. He arrived there on June 6th.  He flew over 2400 km in about a week from N Kazakhstan to his final destination in the Russian tundra. 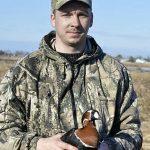 Misha – Misha is named after Mihail Kalashnikov a master student in North Kazakhstan University, who has been very active and practically caught all the Redbreasts, which were fitted with satellite tags. His dedication and enthusiasm getting up at dark and staying all day long in the hide near the catching nets haven indispensable for the success of the field mission.  He has just recently graduated as MSc in Biology.

He was the first goose tagged with satellite transmitter on May 9th during the field mission in Kazakhstan.  The final stage of his migration to Taymyr peninsula took him 1 week. The reached a potential breeding territory on June 4th and spent almost one month in a relatively small area there (2 square km.). Recently he moved slightly (about 10 km.) to NW and stays in a suitable breeding habitat. 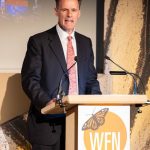 Edward – the bird is named after Edwards Whitley of Whitley Nature Fund as a token for his contribution for the support of the conservation work on the Red-breasted Geese in Bulgaria through the Whitley Awards 2019. His dedication and support for grassroots conservation leaders across the World has a huge contribution for preservation of the Biodiversity of our Planet. The Whitley Award 2019 for the Red-breasted Goose will support work against poaching in NE Bulgaria and promotion of nature friendly tourism and sustainable development in the area to ensure long-term protection of the species.

He reached its breeding grounds in the SW parts of Taymyr Peninsula on June 4th. During the last stage of his migration, he crossed over 2300 km. over the vast Siberian taiga and tundra for 8 days. On the way to the north, he chose small pond in the region of the mouth of the river Taz in Russia where he spent 4 days to rest. Finally he occupied his breeding territory on June 16th. 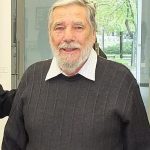 Tanyu – this male is named in memory of the late Tanyu Michev – founder and first President of the Bulgarian Society for the Protection of Birds. Tanyu Michev has pioneered a lot of the ornithological work and conservation actions in Bulgaria and has a lasting legacy as researcher and conservationists. He passed away on Christmas day last year and in March 2019 had to celebrate its 80th anniversary.

He flew over 2000 km. for 5 days and was the first to reached suitable breeding territory in Gidan peninsula on June 3rd. Observing his behavior and movements, at first we thought he will stay and breed on Gidan. Surprisingly after a week he moved another 430 km to NE, reached Taymyr peninsula and occupied new breeding territory. It is close to Pyasina river the the Western parts of Taymyr. 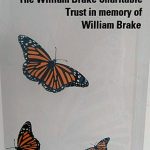 Fantine – the bird has been named by the William Brake Charitable Trust who donated the money for Whitley Award given to the Red-breasted Goose conservation work in Bulgaria. Fantine is a fictional character in Victor Hugo’s 1862 novel Les Misérables. She is a young orphaned working woman in Paris who becomes pregnant by a rich student. After he abandons her, she is forced to look after their child, Cosette, on her own. Fantine became an archetype of self-abnegation and devoted motherhood.  Fantine is pair with the male called “Sergey”. 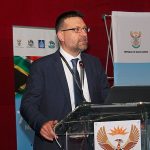 Sergey – the bird is named after Sergey Dereliev. He is Programme Management Officer Head of Science, Implementation and Compliance Unit  at the AEWA Secretariat. He has been long term volunteer and former Conservation Director of BSPB. He has initiated and set up the Red-breasted Goose conservation and monitoring work and been instrumental to the creation of the former Red-breasted Goose International working Group.

Sergey and Fantine were caught together and marked with satellite transmitters on May 12th. The birds migrated together to the Russian tundra and had the same migration strategy and behavior. They flew over a distance of 2100 km. for 8 days, reaching central parts of Gidan on June 4th. The pair had the same migration pattern as Tanyu and a few days later they continued to migrate NE. After a week on June 14th they arrived in a potential breeding territory in Taymyr peninsula. The place is not typical nesting habitat because (at least on the satellite maps) there are no visible rivers or lakes. After their arrival at that place they are staying in a very small area (1 square km) and do not undertake any longer movements. 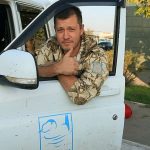 Alexa – Alexa named by Alexey (Leha) Timoshenko an expert at the Kazakhstan partner – ACBK. Alexey is leading on the goose conservation and monitoring work in Kazakhstan and has been in the center of the improvement of the field work in the past years and active in the field patrols with state authorities for prevention of poaching activities on rare migratory geese in the country. This bird initially flying separately and perceived as male. Female is paired up with “Peter” and had a change of her name to a female. 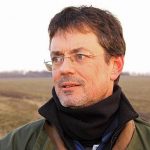 Peter – the bird is named after Peter Cranswick from WWT team. He is Head of Planning & Advisory in Slimbridge and he has been leading on WWT input into Redbreasts conservation work in Bulgaria and abroad for number of years. He has been fitting tags to Redbreasts in Bulgaria and Kazakhstan and continues to support the work on the species. Naming the bird on him is a token for his long efforts and contribution and that of WWT for the conservation of the species.

Alexa and Peter were caught together and tagged on May 9th. They started their migration to the breeding grounds on May 28th and reached southern part of the Gidan peninsula for 5 days. In the first week after their arrival it seemed they have occupied a nesting habitat, staying in a very suitable place – steep slopes of a river. Then they suddenly continued the migration to NE and reached Taymyr peninsula. At the moment they are located in what seems suitable habitat and their movements indicate occupied nesting territory. 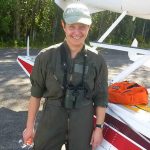 Sonia – this female is named after Sonia Rozenfeld – our colleague from Russia and expert on the species, who have dedicated enormous efforts and energy in the protection and preservation of the species and its habitats. She works at the Severtsov Institute of Ecology and Evolution of the Russian Academy of Sciences. 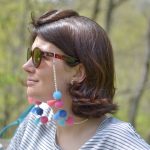 Emilia – the bird is named after one of the BSPB team members of the Life Project. Emilia is the PR and Communications Officer of the Project. We hope this female Redbreast will be a good communicator of the conservation cause of its species.

These two females are tagged with GPS-GSM transmitters. Unfortunately due to lack of mobile network in the breeding grounds in the Arctic tundra, at the moment we are not able to follow their movements. Sonia lost signal somewhere over the Russian taiga migrating N. Emilia`s signal was lost in Kazakhstan, only a fews days after tagging. We hope that once they start their autumn southwards migration we’ll get information about their movements once they reach coverage of mobile network in Russia or Kazkahstan.