In July the colleagues of the Russian Goose, Swan and Duck Study Group implementing a national monitoring project at Taymir passed over the potential breeding locations of our satellite tagged geese and had some success in revealing the whereabouts of “our” redbreasts. 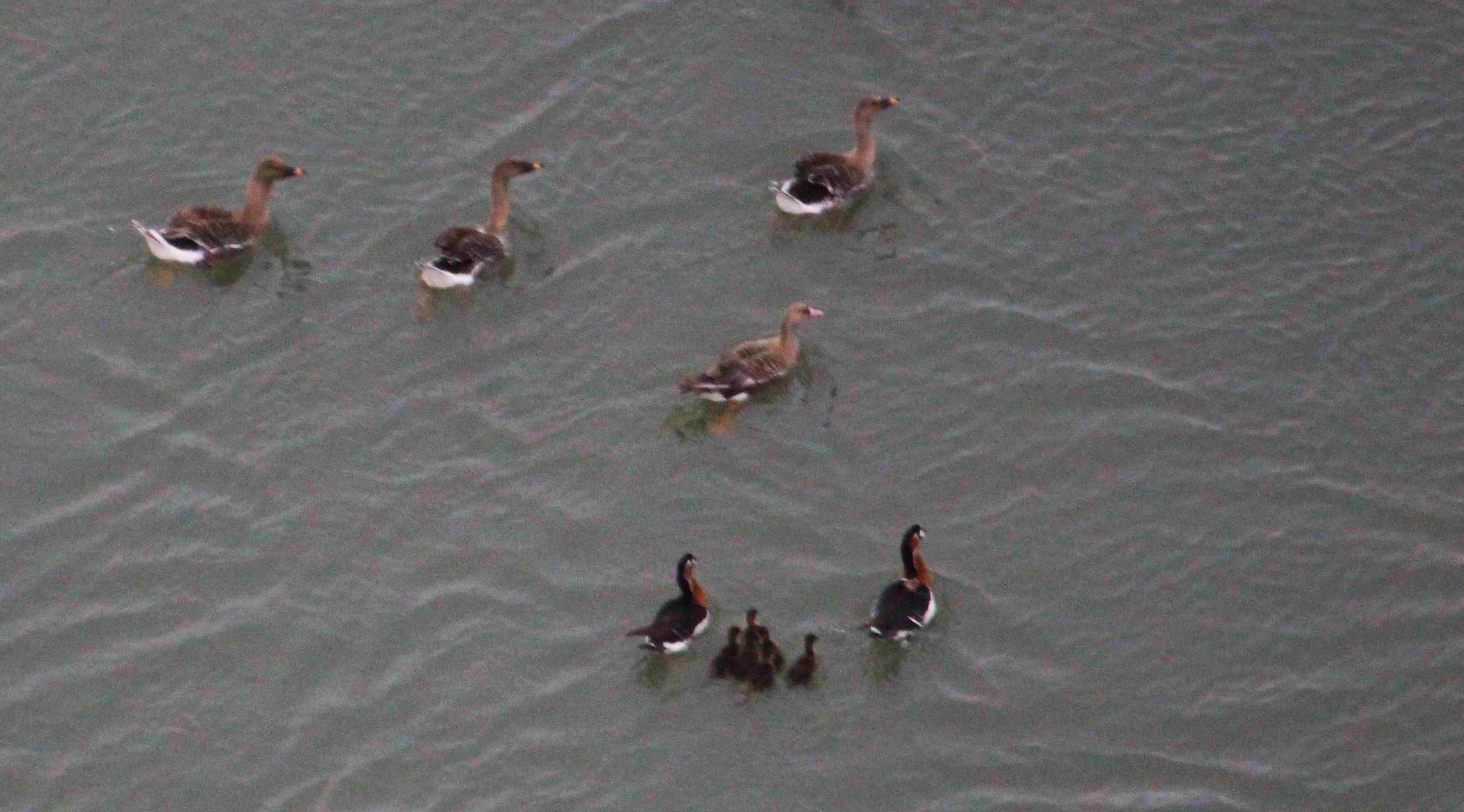 They passed over two of the potential nesting site locations, but as the geese are already brooding the young they were gone. On couple of locations our Russian colleagues spotted moulting flocks of Redbreasts. And on one of the pictures they had a catch! – Sonia Rozenfeld who was taking the pictures form the survey plane managed to photograph one of the females tagged with GPS-GSM Ornitela transmitter. The female was together with its partner and six gooselings along with them! We have not had information on the whereabouts of the two females with GSM transmitters since they entered the area with no GSM signals in the Arctic. It is very well possible that Sonia photographed the very same female Redbreast that is named after her. However we would know this once we get the data from the transmitters during the autumn migration, which is not that far away already. 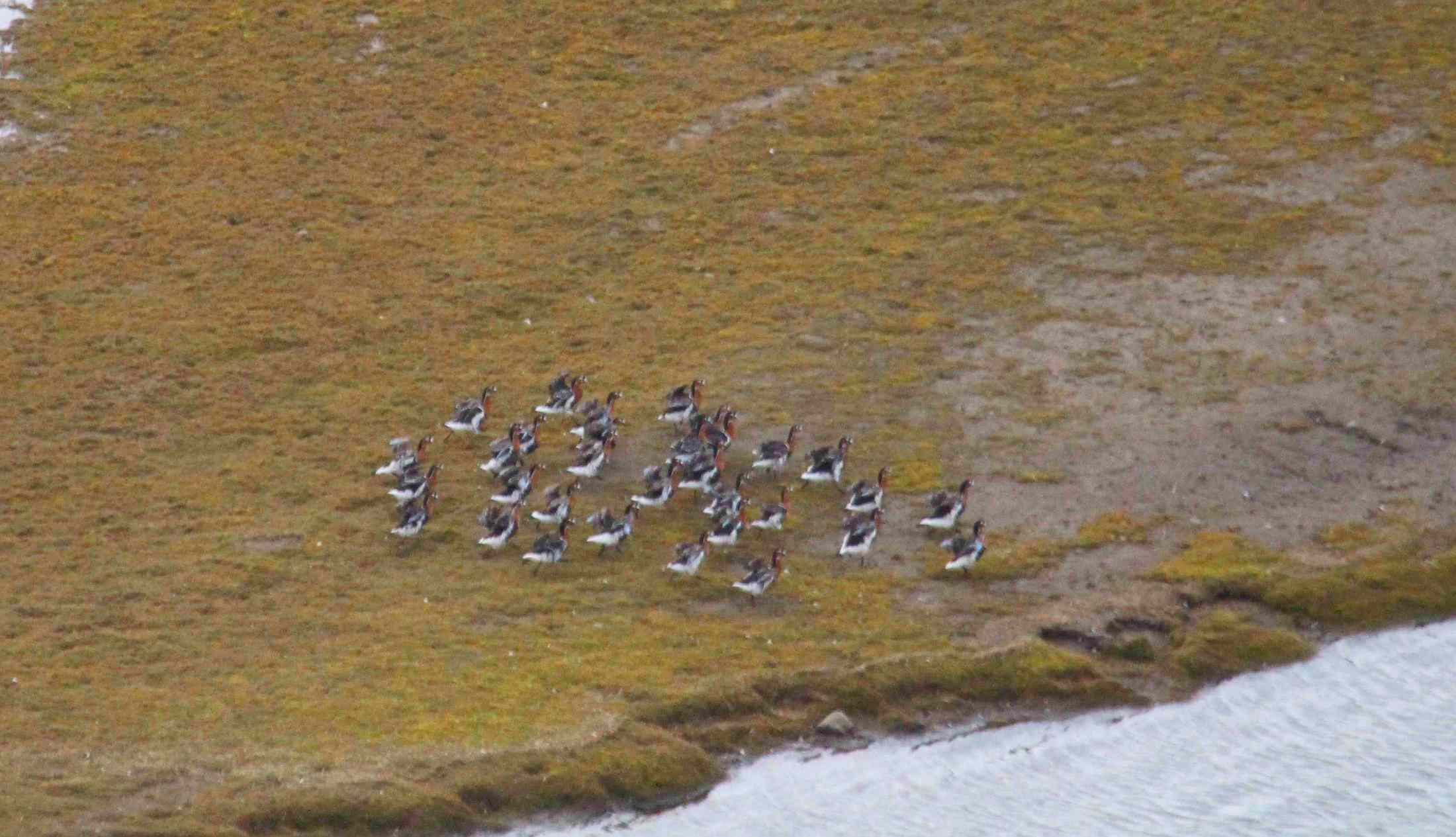 The observation made by our Russian colleagues is good indication that our tagged birds are OK and most importantly breeding successfully in the arctic. This was a good example how combining the efforts of the two projects (LIFE and Russian Arctic research project) helped each other to build on available information and effective use of resources. 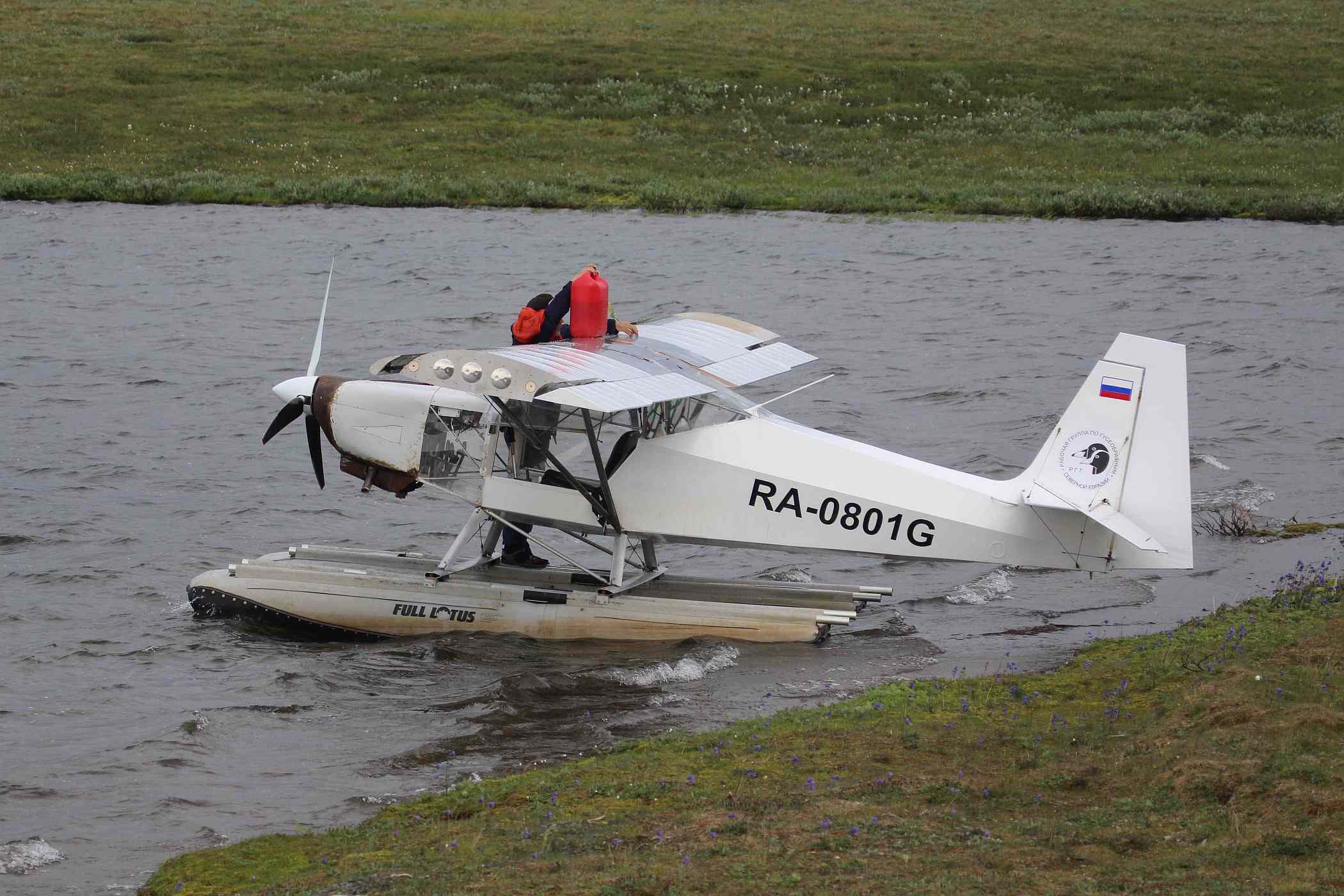 We’ll be waiting to see the development in the autumn migration when we hope to be able to spot the birds and see how many young are together with them.

The data was collected within a project of the the Russian Goose, Swan and Duck Study Group, managed by Georgy Kirtayev.