The tagged geese have occupied their nesting grounds

“Our” red-breasted geese have already reached the breeding territories and the data from the transmitters show that some of them have occupied their nesting grounds. Some of the birds will most probably nest on Gidan peninsula and the others will nest on the Taymir peninsula. 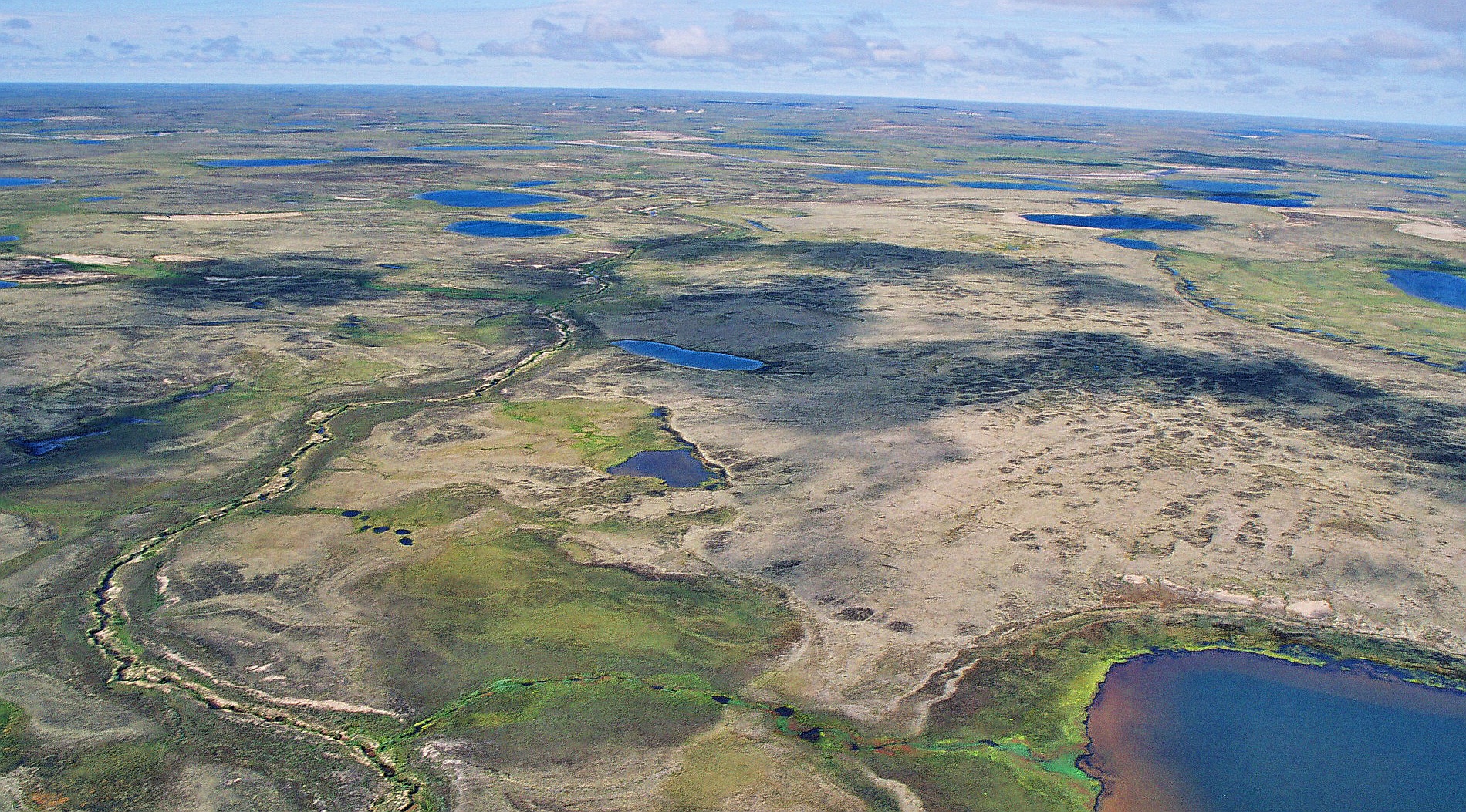 The migration of the Red-breasted Geese from North Kazakhstan to the breeding territories in the Russian tundra took about 7 days. Each of the geese made at least one longer stop (2-4 days) during the migration. The geese traveled on average 1800 to 2400 km. Five birds are currently hanging around on the Gidan Peninsula, and three are at Taymire. Since the end of May, there is no connection with the two female tagged with GSM transmitters due to the lack of coverage of the mobile networks in the breeding grounds and we will have to wait until the end of August to find out more about their movements. 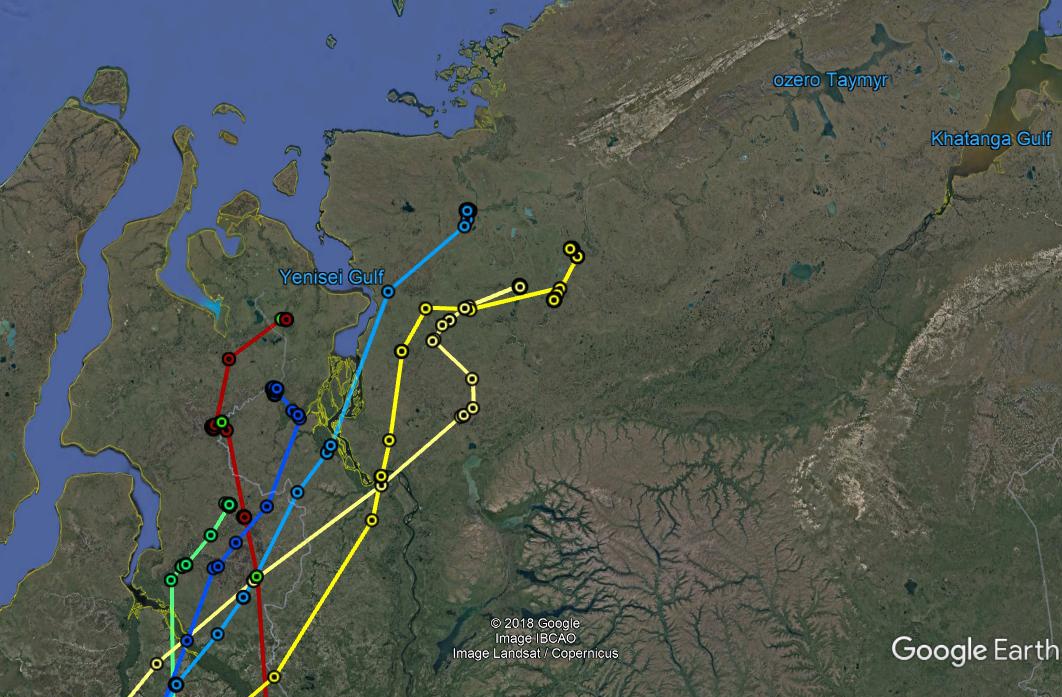 It is well know that the main part of the population of the species nests in Taymyr and a smaller part – on the Yamal and Gidan Peninsula. Recent data from the satellite transmitters shows that the geese are moving mainly in typical nesting habitats – the rivers slopes and ridges near small and larger lakes in the Arctic Tundra. The species nests on the ground forming small sparse colonies of 4 to 10 pairs close to the nest of a bird of prey like Peregrine Falcon. 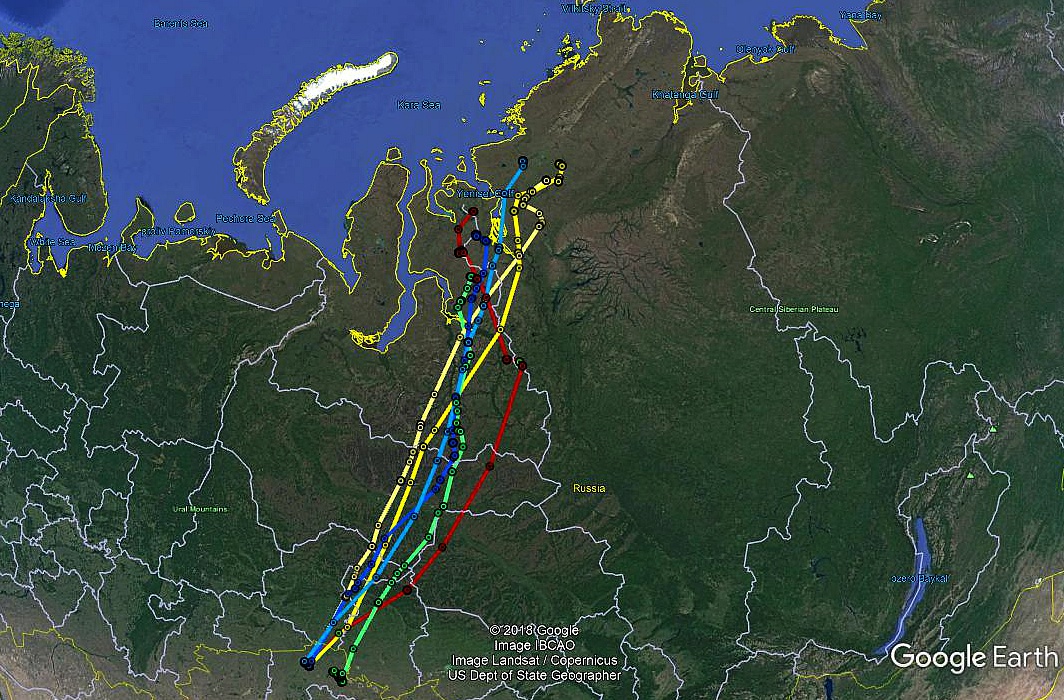 Usually, the laying of eggs begins between the second half of June and the first half of July, so those of the tagged birds that will breed this year should already be settling in nesting grounds.

Soon the live tracking module of the website of the geese tagged with transmitters is going to be uploaded and we will reveal the names of the marked geese.