The time for the great travel has come. The Red-breasted Geese have set off for wintering along the Western Black Sea coast in Bulgaria, Romania and Ukraine. In the first days of September, “our” geese tagged this spring in Kazakhstan began their return migration, leaving their breeding territories. They headed southwest, and although most of them are still in the tundra, they have definitely started their autumn migration. For the time being, eight geese “equipped” with satellite transmitters are alive and well and displaying “movement” ready for migration. Only from Ivan we have no news for 10 days, which we hope is due to the low battery of the transmitter. 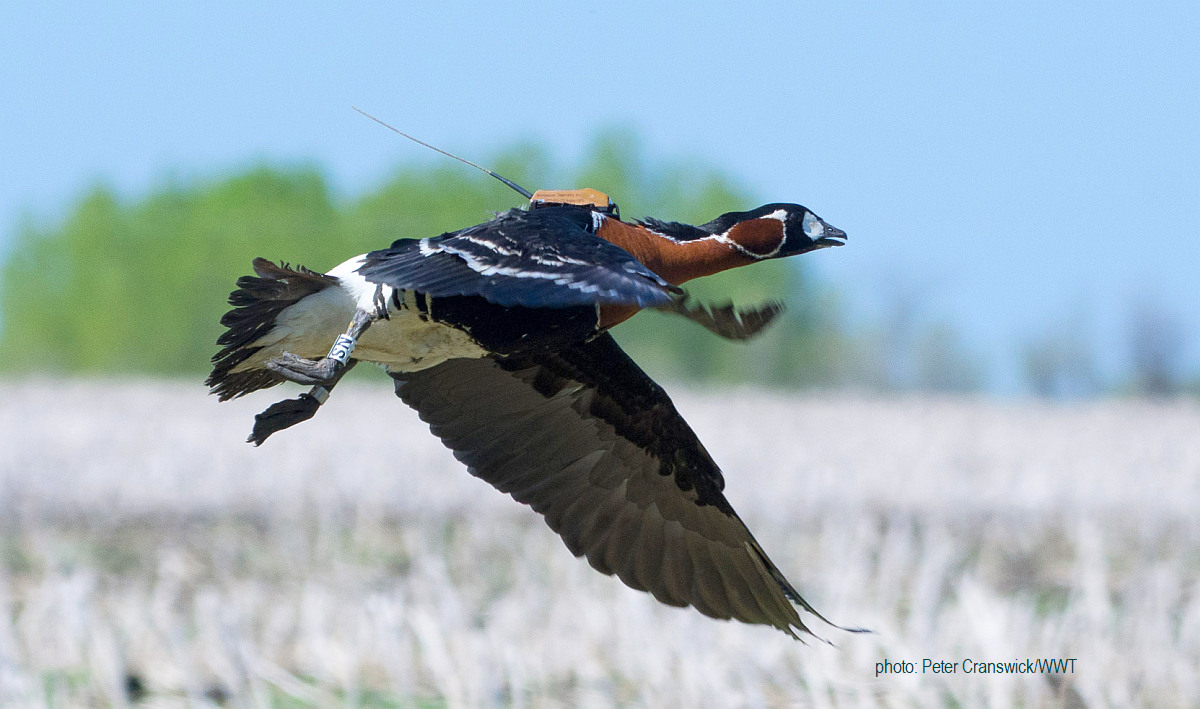 One of the female geese tagged with GPS-GSM transmitter appeared on the radar again – Emilia is alive and well! Due to the lack of coverage in the tundra all summer we had no connection with it, but here it came up again and now we have data on where it was. Her records show that she was paired with another of our geese, Tanyu. We hope that the second goose with the GSM transmitter, Sonia, will be in good condition and after a few days her movements will appear on our screens. Most probably she was the female photographed in Taymir by the same colleague to whom it is named after – Sonia Rozenfeld as her mate did not had any transmitter on his back. This would mean that all our tagged geese survived the summer well.

Autumn migration is still in its start and most of the geese have not yet taken a longer flight. It seems Misha is the most eager to migrate south and has already flown over 1500km in two days. Of these, 1100 km he has covered in just 15 hours at an average speed of 73km per hour!

Another interesting thing is that some of the couples seem to separate after the breeding season and although they use the same migration routes, they do not migrate all the time together. These may have failed breeding pairs, which is yet to be determined. We are currently following the movements of 3 couples – Peter & Alexa, Sergey & Fantine, Tanyu & Emilia, and all three show similar pattern.

We wish a Safe Flight to our Red-breasted Geese and will look forward to meeting them at the autumn staging and wintering grounds!

Ten GPS tagged Redbreasts will reveal the secrets of their migration

Five times less waterbirds were counted over the weekend